Revelations with De Underjordiske - An Interview 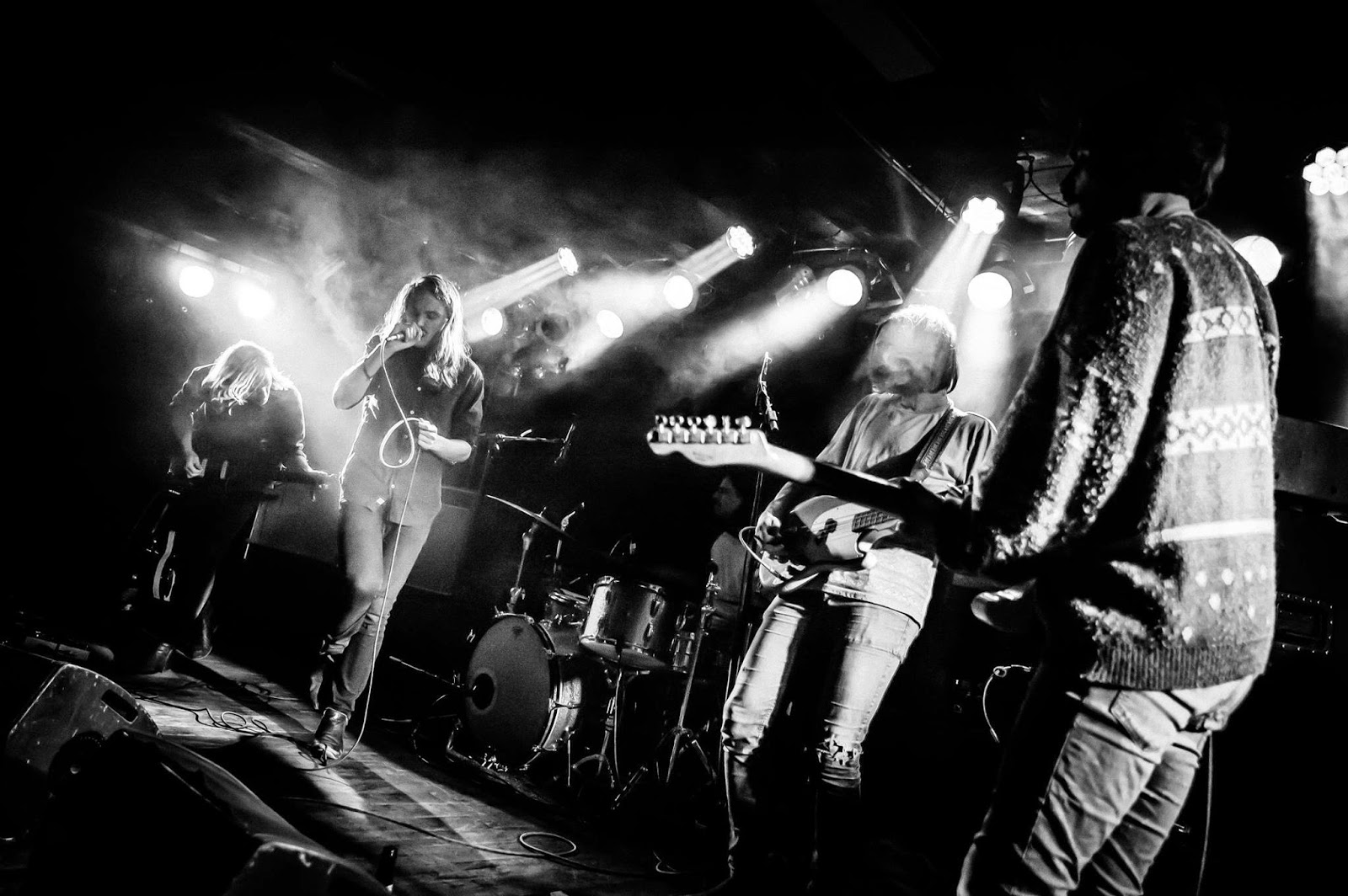 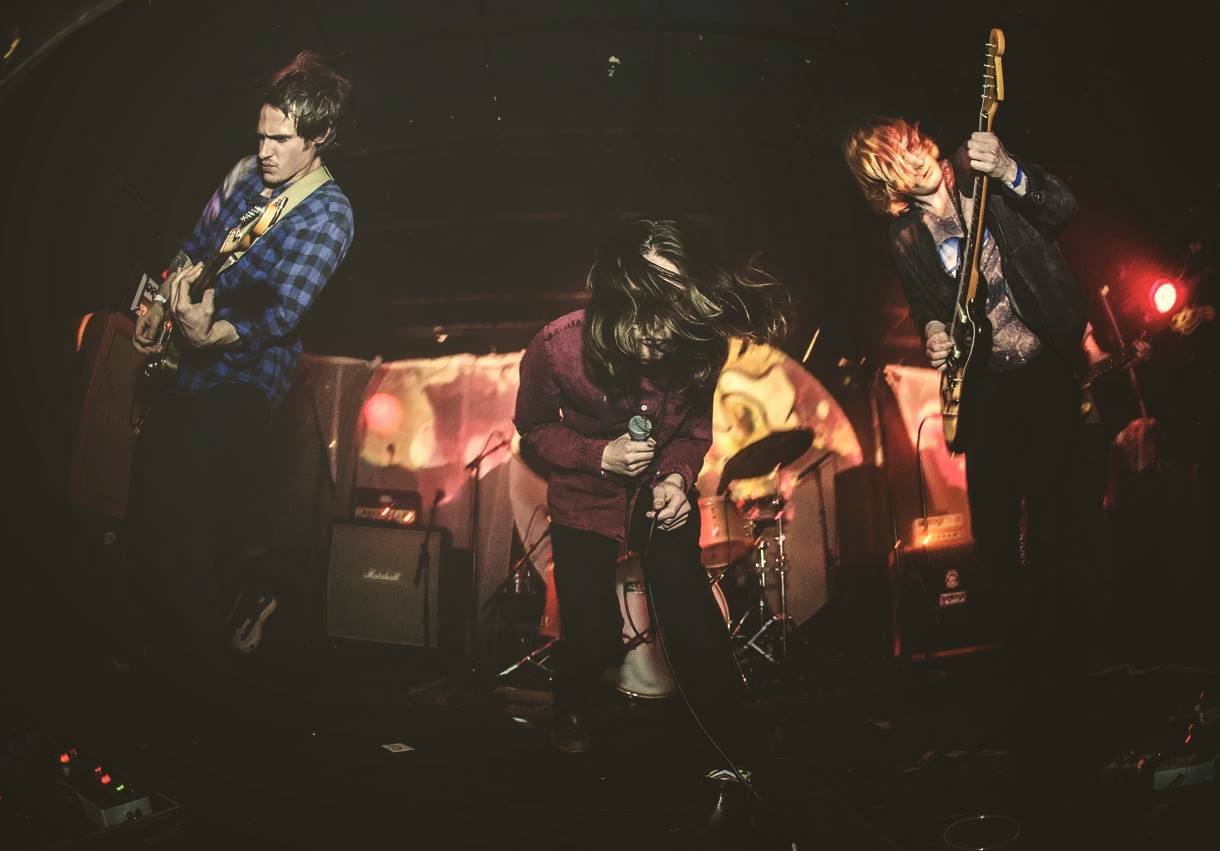 Q. When did De Underjordiske starts tell us about the history...
Peter: Andreas and I met up coincedently in Aarhus after not having seen each other for years. Andreas had a recording with the main riff from Trold and wanted to move to Copenhagen and start a band with his brother. We really bonded over this riff idea, and before thinking it through, I proposed to try and come up with a vocal melody for the riff.

Kristian: When Peter mailed his idea for the vocals, Andreas and I were stoked about the energy and the charismatic sound. We weren't at all sure if he could actually sing but we thought that it was definitely worth a try.

Andreas: 4 months later we were at the rehearsal space in Copenhagen. From this point we spent the next year writing a couple of songs and trying find our musical identity. In this period we had different bassists and drummers. It all ended up with the current constellation Thomas on drums, Skibber on bas, my brother and I on guitar and Cubit with the voice.

Q: Who are your influences?
Andreas: Initially we bonded over a mutual passion for the new psych scene. Bands such as The Black Angels and The Warlocks. I was really into the evil and dark parts of it. Kristian: In the beginning of the process of playing together we started listening to other parts of the psychedelic heritage. Andreas and I got really into the 80s bands like The Church, The Rain Parade and Echo and The Bunnymen. We were fascinated by the more simple approach of making lighter, happier, druggy music with rich vocals and, some might say, "kitschy" guitar sounds.

Peter: Our influences are still present in our songs, but I think we have already come much closer to our own identity by now. My way of singing is mainly influenced by singers such as Devendra Banhart, Alex Maas and the early Marc Bolan stuff. But also with this I feel way less attached to my influences now, compared to the beginning of the band.


Q. Made a list of 5 albums of all time…
All time lists always lack the most important ones.
Albums we really like at the moment:
The Church - Of Skins And Heart
Temples - Sun Structures
Neil Young - Trans
The Brian Jonestown Massacre - Revelation
Lars HUG - Kysser Himlen Farvel

Q. How do you fell playing live?
Playing live is our favorite thing to do. We feel awesome! Playing live is addicting, and you tend to forget time and place. And when audience are in the same state that you are in, it's really special! . We played a show at the Copenhagen Psych Fest, and people were tripping and singing along to our music. That was really something! We are in a way a pretty inexperienced live, so we were pretty fucking stocked to experience that certain bond with the audience.

Q. How do you describe De Underjordiske sounds?
Some people called it atmospheric, and we agree on that.. Especially the songs with a slow vibe, like trold, is filled with drones and layers with different soundscapes. We simply love big, fat and rich sounds that surrounds and captures the audience in a gentle druggy trance! 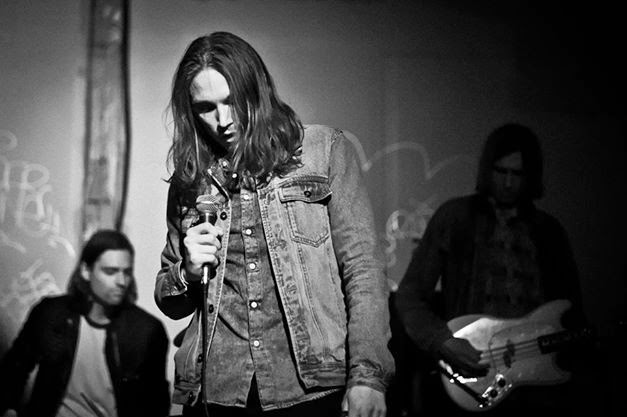 Q. Tell us about the process of recording the songs ?
We recorded our album in a studio in Copenhagen called "Black Tornado." Its a great place, filled with old vintage analog tape machines. We recorded everything live. We love the fact that the music was recorded live. When you listen to it, you fell the energy of the instruments and vocal in a unique way.

Q. Which new bands do you recommended?
There is a lot of cool bands in the danish scene at the moment. We would definently recommend a danish band called Fribytterdrømme. They are known for their trippy danish 60 inspired psychedelic rock and insane live shows. Shiny Darkly is also a great band, that plays noisey post-punk with a melodic ring to it! The song "Soft Skin," is a dark killer tune!

Q: Which bands you love to made a cover version?
Peter: There is a lot of danish heritage in our songs, so it could be cool to make a cover of an old danish 60's band called Steppeulvene. Their song "Til Nashet," is brilliant, and i think one of the biggest inspirations for modern danish psych bands. EN TIL MERE BLÆST

Q: What´s the plans for future....
To make more cool and interesting music. At the moment we are getting some attention abroad, which is not normal when you play and sing in danish. We had some some airplay in Australia and England, so it would be cool to go touring in other countries. And now Brazil discovered us! Someday we could play noisy, mythological danish troll music in sunny Rio? Who knows!
*
*
*
Thanks guys