Wallflower with Love Games - An Interview 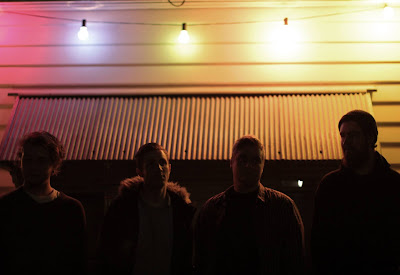 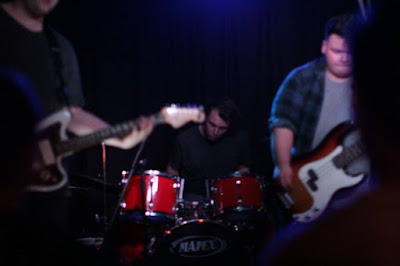 Q. When did Love Games start? tell us about the history...
Most of us (Hugh, Jack and Josh) have been playing music together for over 3 years in various projects, but they never ended up going anywhere. We wrote the first few Love Games songs in early 2015, and had an immediate connection with the music. After that point we found our singer Matt and finished our EP mid-2015.

Q: Who are your influences?
We have way too many influences to include everything, but if we narrowed it down a few would be: Balance And Composure, Citizen, Turnover, Oasis, Whirr, Nothing, Wavves, Mac DeMarco, Slowdive and Pink Floyd.

Q. Make a list of 5 albuns of all time…
In no particular order:
Dark Side of the Moon (Pink Floyd),
What's the Story (Morning Glory) (Oasis),
Evil Empire (Rage Against the Machine),
The Greatest of all Lost Arts (Lower Definition),
The Low End Theory (A Tribe Called Quest).

Q. How do you feel playing live?
It's different for all of us because the ways in which we contribute to the sound are quite different instrumentally. We all lock in to our own headspace, but still always feel great playing together. It's awesome.

Q. How do you describe Love Games sounds?
We guess at our core we're an alternative rock band. Our EP certainly has a shoegaze influence, with our newer material that we're currently writing having more of a dream pop/surfy kinda vibe.


Q: Tell us about the process of recording the songs ?
We recorded the instruments separately at a studio in South Melbourne. Jack our guitarist later mixed Wallflower, with our vocalist Matt mastering it. The whole process was a good vibe, everything ran smoothly and we're happy with how it sounds.

Q: Which band would you love to made a cover version of?
Without a doubt, Oasis. We'd love to cover anything of What's the Story (Morning Glory). Hey Now is a song which we feel we could slot right into our current setlist, so hopefully we get to play it for our upcoming shows.

Q: What are your plans for the future?
We've got an EP release show coming up in October, and will be planning to play live as much as possible until the end of the year, so nailing out setlist is what's most important at the moment. We're also in the midst of writing an album which we hope to release late 2015/early 2016!

Q: Any parting words?
Thanks to anyone who's checked out our music, and thanks for the interview!
*
*
*
Thanks