Obsessed with Ghastly Spats - An Interview 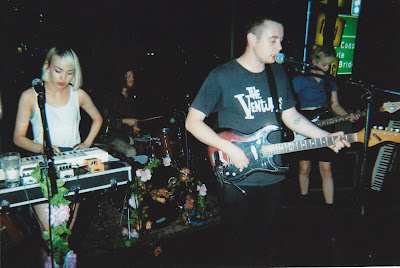 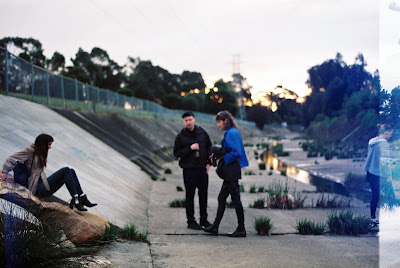 Q. When did Ghastly Spats start? Tell us about the history…
The band started with Lincoln, Heather and Laura. Laura came up with the name originally and with that lineup they went through several drummers until a few years ago i joined the band, the last drummer before me was hopeless, i said one day after a horrible show where they got hosed by some fuckin dumb neighbour over the side of the fence at a friends party(which was also my birthday). Next morning i was like you guys need a new drummer maybe i should be it? and they were more than happy to have me. After that we have recorded one EP called 'breaking through the hymen’ put out on Lincoln and Wills(Housewives) label called Heinous Anus records, and done a few tours and played a bunch of festivals, just recently we released our new album Spinosizm Exorcism out on RIP Society.

Q: Who are your influences?
Our influences are fairly varied, but we all have a lot in common when it comes to music we enjoy. I guess bands like PIL, The Fall, Swell Maps, Lubricated Goat and a lot of dirty filthy noisey music from the late 70s and 80s, when new wave and post punk was coming out. Other than that its pretty free we just play off each other and it just happens. And i guess theres a bit of stuff like Bauhaus and the more dark wave or even cold wave in there.

Q. Make a list of 5 albums of all time…
Chrome Red Exposure
PIL Metal Box
The Fall The Witch Trials
Devo Q. Are We Not Men A. We Are Devo!
Brian Eno Here Come the Warm Jets

Q. How do you feel playing live?
Playing live is enjoyable, we always have someone extra on stage with the rest of the main lineup and it tends to make each show something special.

Q. How do you describe Ghastly Spats sounds?
Trashy music for a trashy generation. Its also got hooks and catchy basslines, and disco beats.


Q: Tell us about the process of recording the songs ?
We have done it differently pretty much both times we recorded, the latest recordings for the new album were first done on tape. That was done with the guitar, bass and drums, then the vocals and stuff were recorded separately using digital recording. Theres also about 7 other musicians that we got to record weird stuff on the album to give it that real armageddon feel.

Q. Which new bands do you recommended?
Theres some good bands coming out of Aus right now, id have to say some highlights for me: Nun, Multiple Man, Tarot, Skull and Dagger, Power, Miss Destiny and so many more. I guess theres so much out there, and I’m listening to plenty of the old stuff as well.

Q: Which band would you love to made a cover version of?
We were thinking about doing a cover of a Daft Punk song a while ago, otherwise probably something of Hardcore Devo would be cool. We have never actually done a cover before.

Q: What are your plans for the future?
Writing new music, get a new EP out there.

Q: Any parting words?
No matter what you think everything is weird.
*
*
*
Thanks