Renewed Brilliance with Bitcrush - An Interview 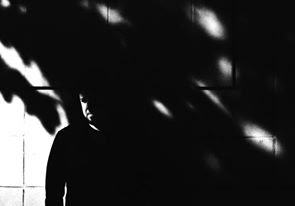 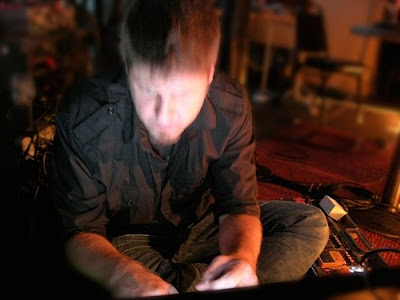 Q. When did Bitcrush start? Tell us about the history...
I think it began even before it had a name. I started making tracks shortly after the release of Gridlock's Formless album. Might have even started during the mixing of that album. So it could be as far back as 2003. I found Gridlock to be fairly restrictive so I wanted to make some tracks that had more melodic elements and even used some 'traditional' instruments. Enarc was the first album which was comprised of those tracks. I then gradually over a six album span moved Bitcrush away from Enarc's experimental electronic music style. Which has really made the Bitcrush name in unto itself a bit odd for the music I'm doing now that I think of it. I do think though, that those that listen to Bitcrush understand that its all a journey anyway...

Q: Who are your influences?
I listen to a lot of music, with the label and mastering studio it's part of my job, so there may be influences which might not be obvious even to me. I am more influenced by specific songs than specific artists for the most part. I did recently go back and remastered some of the older Bitcrush albums. I was able to listen back with fresh ears. I found a song that has an obvious Echo and The Bunnymen vocal vibe which I never really noticed. I do listen to The Bunnymen but the influence was not at all obvious to me before. I think more obvious artist influences would be Mogwai, Swervedriver, Elizium era Fields of the Nephilim, Isis, Sigur Ros, Slowdive, and maybe even The God Machine. I think Jim Thirlwell (a.k.a Foetus) was a fairly large influence but more for the sheer density of the music. Since my day job is the n5MD record label I'm pretty sure that some, if not all, of the artists on the label have influenced me to some extent. Impossible for it not to.

There is of course probably a more important influence and that's emotion. Your emotions are a large influence in how you deal with day to day life. Bitcrush songs really only get written when there are feelings that I can't clearly state or that are too overwhelming for me to properly verbalize. It is really why Bitcrush exists. I always say the project is cathartic by nature.

Q. Make a list of 5 albums of all time…
Top 5 of all time? whew! That's a tough one. I recently went back and bought albums I thought to be essential on vinyl. So I'll just choose from that group: God Machine: Scenes From the Second Storey, Autechre: Tri Repetae, Echo and Bunnymen: Heaven Up Here, Swervedriver: Mezcal Head, and The Cure's Disintegration. I think the last one is a tie with Pornography but Disintegration is more varied in mood. So hard to pick just five... You should ask me next week. I bet it would be completely different...

Q. How do you feel playing live?
Ah well. I tried doing live shows myself. I would mainly play with a laptop and do a bit of singing and/or bass guitar. However with the way Bitcrush has evolved that is just not possible any longer. It would be a horrible show to watch. I've been asked to play festivals but declined as I do not have a backing band to call upon that is flexible with their time and energy. I would love to play these songs out live. I really would. I'm sure it will happen at some point. When the time is right.

Q. How do you describe Bitcrush sounds?
Dynamic. Epic. Quiet. Immersive. I usually don't describe it. Can you tell?

Q: Tell us about the process of recording the album?
Since I record all of it myself it takes quite a long time. I will often come up with a part, it could be drums, bass, or guitar. I will very roughly build on it that same day. When I return to it depending if i still like it I will add what ever instrument I am feeling that day. Guitar and bass are usually done in the same day. The drums on the other hand are done when I am in a different mindset as I feel drums require more focused thinking... well for me anyway. So after there is a "section" written I leave it and then move on to writing something else. I will then go back to that part some weeks or months later and add to or take away from it. This in general is why the songs sometimes end up so long and often end in a different mood from where they began. Each a min-journey unto itself. The main issue is knowing when they are "done". In theory they could go on forever and without having other band members to bounce ideas off of I only have my own cheques and balances system to go by. And that is simply 'time'. I wait. I get the songs where I might think they are finished then I put them away for a month or so. Then I'll go back and listen with a fresh head and ears. And that may very well be the most important part of the process.

Q. Which new bands do you recommended
New bands? I've been listening to a lot of doom/sludge lately so Chrch, Bell Witch and Fvnerals have been on rotation. In electronic music I really like Tonik Ensemble's debut and the "eps" from Apostrophic. It's pretty easy to find fresh/new music now. You just have to be patient in wading through all the 'noise'...

Q: Which bands would you love to make a cover version of?
Oh gosh. I've thought of this before... but now that I'm asked every name has dropped from my brain. lets see; Echo and The Bunnymen's Killing Moon. A song from the band Idaho I suppose. or even something as far removed as That Petrol Emotion. It would have to be something I could alter in such a way that I made it a Bitcrush track. I don't really care for cover versions that are the same or overtly similar to the original.

Q: What are your plans for the future?
I've finally got the Bitcrush bandcamp page up with those remastered versions I hinted about. By the time people read this there will be a name your price release called Shipwrecked up that is comprised of nearly an hour of lost, unreleased, demo and rarity tracks. I will then shortly after release the ten minute track Drone In Orange, which I now consider to be a standalone track due to its overall heft, weight and theme. It was intended to be on the album 'From Sinking' which I tried to finish up this summer. However things did not go as planned and I was feeling a little oppressed by the direction I was taking it in. So I've decided to give it some time and let the album go where it may. The title may even change too. Nothing is set in stone on that yet...

Q: Any parting words?
I want to thank you and all my fans for their continued support. I'm very humbled by people's comments about music I've created over the years.

Thanks for the interview Renato!
*
*
*
Thanks