Police Me with White Baer - An Interview 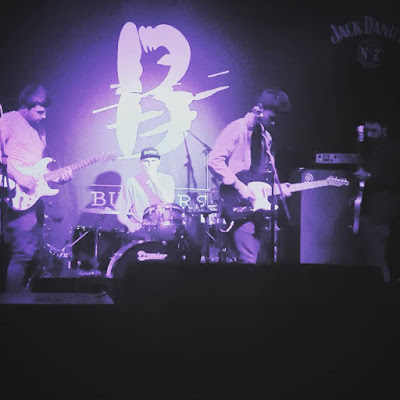 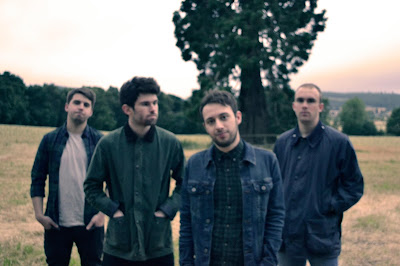 Q. When did White Baer start? tell us about the history...
The four of us met at school but didn't begin making music together until summer 2014, four years after we left. We got together partly through boredom but mostly through a need to exercise our creativity. We didn't really know where it would go or how the music would manifest but it all happened rapidly and without any hiccups. We learned to write songs together and settled on a sound quite quickly then we started gigging and got in the studio. The rest, they say, is history.

Q: Who are your influences?
I think it would be unfair to name any one band, or any number of bands who have directly influenced us. We all have varied music tastes and there was never a moment where we sat down and said, "yeah, let's do what they're doing". Collectively we definitely admire a lot of artists, but they are petty far removed from our sound or genre, whatever that may be. Prince and pre-Music Madonna are staples in the White Baer playlist.

Q. How do you feel playing live? Fantastic. It's the reason you work hard and continue making music. It certainly isn't for the lucrative paycheck! We've played to packed rooms and empty rooms - as cliched as it sounds, there's always something to take away from the experience.

Q. How do you describe White Baer's sounds?
I think we're quite cinematic and we like to take advantage of dynamics - the whole loud/quiet thing. We believe music should be an emotional experience and all good music taps into those you can't quite put your finger on or express in words. I'd like to think we do that, but I'm irrevocably biased so you're best to ask someone less involved!


Q: Tell us about the process of recording the songs?
We recorded at Chem19 Studios, which has produced some truly great Scottish albums from the likes of Mogwai and Arab Strap. We bounced a lot of ideas around the room and any that stuck we just went with. The songs were well formed before we went into the studio but Jamie Savage, our sound engineer, really brought out the best in them.

Q. Which new bands do you recommended?
We probably aren't the best people to ask this question to but I really enjoyed Viet Cong's debut.

Q: Which band would you love to make a cover version of?
We've contemplated starting a side project where we'll only play songs with 'love' in the title, but replace the lyrics with 'glove'. So far our repertoire consists of Glove Me Tender, Can't Buy Me Gloves and Tainted Glove. All other suggestions are welcome.

Q: What are your plans for the future?
We've just been nominated for a Scottish Alternative Music Award under the 'Best Newcomer' category, which would be really nice to win. But I'm told it's the taking part that counts. Other than that, we plan on gigging into the new year, writing some new material and hopefully getting back into the studio in the not so distant future.

Q: Any parting words?
All you need is gloves.
Thanks, Renato.
*
*
*
Thanks