Change The Skyline with Brave New Void - An Interview 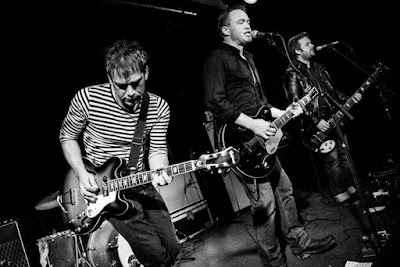 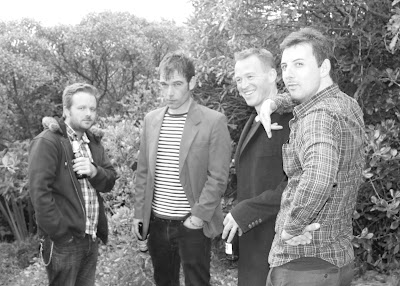 Q. When did BNV start? tell us about the history...
BNV started around the beginning of 2014, Carl had recently moved to New Zealand from UK with his fiancée, a handful of songs and a guitar. He was introduced to Matthew Coplon (Bass) and found both Joe Harrison (Vocals) and Chris Hart (Drums) via a musicians classified site. Carl & Joe initially got together to bash around Carl's song ideas and then started rehearsing regularly with Matt. It took quite a few auditions with drummers before we finally found Chris, but we all knew within 30secs of playing with him that he was the right drummer. He had that Keith Moon (The Who), Loz Colbert (Ride) approach, an awesome groove and really hit the drums hard. It was about two months after we started rehearsing with Chris that we were able to start gigging.

Q. Make a list of 5 albums of all time…
This is quite impossible to answer as it would change everyday, but today our personal choices would be...
Carl (Guitar)
1. Ride – Nowhere
2. Sparklehorse – vivadixiesubmarinetransmissionplot
3. The Stone Roses – The Stone Roses
4. Deerhunter - Halcyon Digest
5. Teenage Fanclub - Bandwagonesque

Q. How do you feel playing live?
We love the buzz and spontaneity of playing live, it's also when our music feels most powerful. There is nothing like the feeling of when we're all locked in together on the groove and zoned out in the music. It carries us to another place, a euphoric place.

Q. How do you describe BNV sounds?
Haunting harmonious vocals with swirling, jangly, echoing shoegaze guitar melodies over a thundering, powerhouse of drums and bass in the rhythm section. …...is what other people have said!!


Q: Tell us about the process of recording the songs ?
From start to finish the whole process probably took around a year due to life commitments getting in the way here and there. We recorded the album after a good period of gigging the songs live so we were really tight. At the studio we set up for recording as we would for a gig and captured the drums/bass and some guitar for all the songs on the album. Most of them were the first takes for drums and bass. After we had captured these we spent some time at Carl's house layering up guitars and recording the vocals. The last thing to go on was a bit of percussion and some keyboards here and there. Carl then disappeared off the radar and went underground to mix the album and capture the BNV sound. A couple of the tracks (Stay Up & The Flesh is Wiling) were mixed by James Goldsmith at Blue Room studios.

Q: Which song would you love to make a cover version of?
I guess we should all choose one... again this choice could change daily.

Q: What are your plans for the future?
We hope to tour the album around New Zealand early next year and play a couple of festivals, and generally spread the album and our music as far and wide as possible. Carl is currently working on/demoing lots of new song ideas to bash out and jam with the band. Joe is working on lyrical angles for our next batch of material. We would like to shoot a music video and release another single off the album as well. This would hopefully be accompanied by a new song or two on an EP.

Q: Any parting words?
Celebrate yourself and the music around you.
*
*
*
Thanks