Holotape with Baston - An Interview 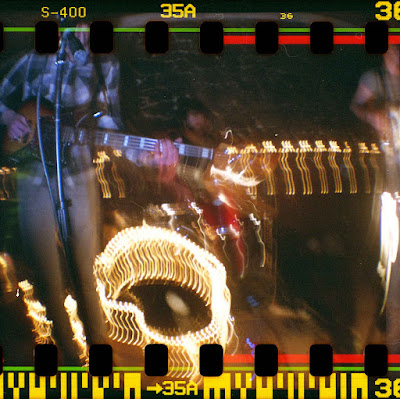 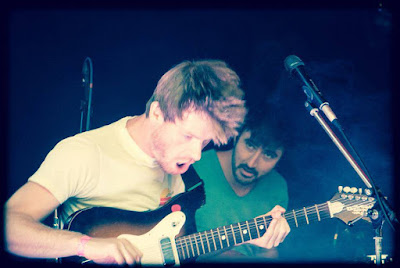 Q. When did Baston start? tell us about the history...
It started around the beginning of 2012. We're three friends from differents old britanny bands, we're coming from the rock'n'roll / 60's garage scene (The Foves, Los Navajos) and from bands with shoegaze influences (Van Der Sar, 50 Miles From Vancouver)

Q. How do you feel playing live?
We like the energy and the feeling of emergency which is coming from our live music, because we're trying to create krautrock sounds / psych minimalist atmosphere with only 3 people on stage and without any synths. So it's sometimes difficult but very challenging.

Q. How do you describe Baston sounds?
I think it's a pop band, playing with the sound of garage rock, with a lot of modern US influences,and some krautrock atmosphere, the whole thing played with punk energy.


Q: Tell us about the process of recording the songs ?
Everyone brings some ideas during rehearsals and when we have enough time and stuff to compose, new songs are coming out.

Q. Which new bands do you recommended?
We're are working on a cover of Abschaum (darkwave synth kraut from Lyon, France), it's an amazing band. Right now We're are listening The Districts and Ought.

Q: Which band would you love to made a cover version of?
We made a cover of CSS's "Fuck Off" in a garage way, it was fun. Personnally, i would love to make a cover of someone like Rihanna or this kind of shit, in a cool psych rock style, but it's very hard.

Q: What are your plans for the future?
Touring as much as possible to defend our new EP 'GESTURE' (maybe in Italy next february like we did few months ago), and recording a new longer and krauter album as possible.