Dance the Dance Electric with Shocking PInks - An Interview 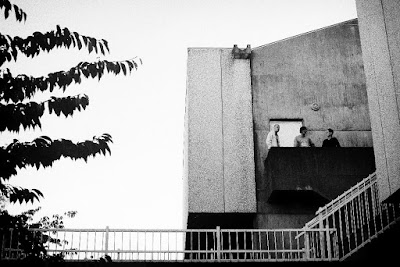 
Q. When did Shocking Pinks start, tell us about the history…
I was drumming for, and living in London with, The Brunettes in 2003 and soon after we returned to NZ I decided to form my own band and record an album. I'd previously founded/played in numerous other bands (CM Ensemble, The Incisions, Montessouri, etc), but this was a more earnest attempt at putting a live pop group together.

Q: Who are your influences? Which new bands do you recommended?
My influences are forever fluctuating, and not so rooted in music these days, but when I began Shocking Pinks I was listening to: lots of Disco (Larry Levan mixes in particular), (Buckingham/Nicks era) Fleetwood Mac - especially "Tusk", (early) A Certain Ratio, Morton Feldman, Dennis Wilson, Arthur Russell, Ornette Coleman, Bach, Harry Pussy, My Bloody Valentine, etc. Some more contemporary influences (on the band members too, if I can say that) would include: Footwork in general (DJ Rashad, RP Boo), much music coming out of the L.I.E.S. label, also 1080p in Canada, Actress, and always Marvin Gaye. Lately I've found myself listening to Julia Holter's amazing new single "Feel You" a great deal. Finally, personally, the cinema of Claire Denis, the literature of Maurice Blanchot, and the philosophy of Jean-Luc Nancy.

Q. Make a list of 5 albums of all time…
Impossible to do as my tastes are amorphous, but 5 I'm currently digging are:

Q. How do you feel playing live?
Probably more at ease than in conversation - music has that effect on me. 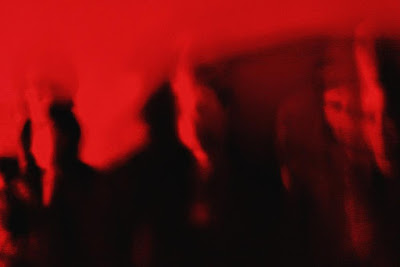 Q. How would you describe Shocking Pinks sounds?
I wouldn't really. I leave description to the music.

Q: Tell us about the process of recording the album?
Dance the Dance Electric was recorded on a 4-track (except for "Us Against the City"). Recording was primarily solo although live band members were also asked to participate on selected tracks and Tim McDonald played percussion/synth on most tracks. From memory it was recorded pretty quickly (in comparison to the last SP record). I was involved in quite a big relationship break up half way through recording which had a huge influence on the finished album.

Q: Which bands would you love to make a cover version of?
We were talking about covering The Paris Sisters "I Love How You Love Me" recently, though I don't know if that'll happen.


Q: What´s the plan for the future….
Tour/reissue is enough at this point, though I plan to be recording on my new Roland 303 shortly after we return.
*
*
*
Thanks