Feel Me with The Eskimo Chain - An Interview 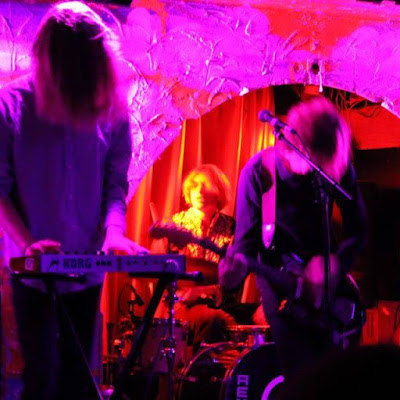 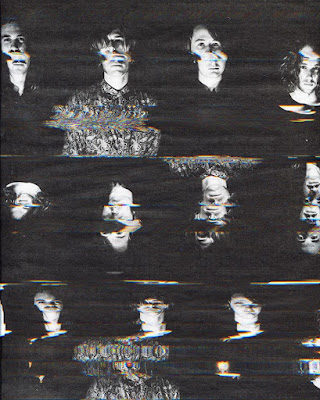 Q. When did The Eskimo Chain start? tell us about the history...
Me (Patrick) Luke and Matt have been playing music together since we were about 16. I went to school with Matt and a friend of mine introduced me to Luke who played the drums. Joe joined a couple of years ago and i think thats when the band really all clicked together.

Q: Who are your influences?
I think we all have our own personal influences, some of them overlap, some of them don't. There's probably a few collective ones like Clinic, The Fall, Blur and bands like that but quite often when writing a song we're all pulling in slightly different directions which i think makes it more interesting.

Q. How do you feel playing live?
Playing live is just about the most fun you can have with your clothes on. I suppose it's everything we work towards when we practice and write new songs. I think we all kind of go into our own little worlds.

Q. How do you describeThe Eskimo Chain sounds?
Describing your own sounds is so difficult. It's impossible to step back and hear it from an objective point of view. You can't really just listen to the tracks as a complete whole. Instead you constantly hear and analyse all the small changes and parts. I suppose there are elements of post-punk to it, there are probably elements of loads of different genres but it kind of just doesn't matter


Q: Tell us about the process of recording the songs ?
We've recorded in a few different studios now. We tend to go for a different one each time just trying to find a different sound. We've always recorded our own stuff as well and have been doing that since day one. We're getting a lot better at that now and hopefully later this year we'll retreat to somewhere remote and record a load of songs. It's basically just about trying to get a take that properly captures the feel or mood of the song. Sometimes it's completely different to how you think of the song live but its good to keep a separation between how a song sounds live and how it sounds recorded.

Q: Which new bands do you recommended?
There is a band called The Rhubarb Triangle who we have played with, they are great. Really intense live, we'd definitely recommend seeing them.

Q: Which band would you love to made a cover version of?
We started playing a cover of Beautiful Stranger by Madonna recently which is really good fun to play. We tried to do a pretty straight cover of it but it ended up sounding like a dodgy pub cover band version so we tried a kind of krautrock version which ended up sounding really cool. I think being in a Madonna cover band would be quite fun, we'd all get to play in drag as well which is an added bonus.

Q: What are your plans for the future?
We've got a few gigs coming up which we're quite excited about. One of them is actually in our home town with Acid Mothers Temple which should be crazy. Like i said earlier, towards the end of the year we're hoping to go off the grid and record somewhere nice and remote. Luke (Drummer) is a sound engineer which is really handy because he's pretty savvy when it comes to recording and mixing. The plan is just to spend a week or so recording an albums worth of material. We've never had a long recording session before because it's so expensive so it will be a really nice experience for us providing one of us doesn't go all Jack Torrance.