Treasures In The Heavens with Winter Of Our Faith - An Interview 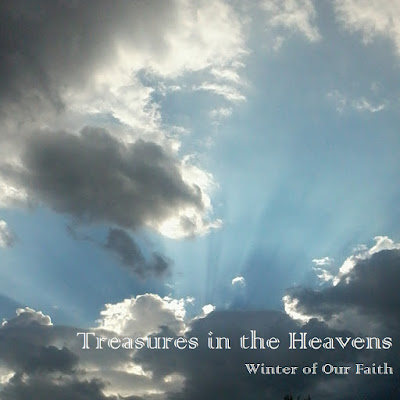 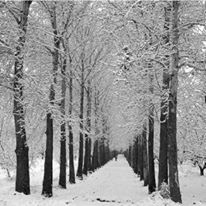 Q. When did Winter of Our Faith start? Tell us about the history...
MARIO and HEATHER: Winter of Our Faith came about in 2014 as a music project that we decided to start. Both of us were lead vocalists in the past for other band projects that we had separately, and Mario wrote the music and played guitar for the bands he was in prior.

Q: Who are your influences?
MARIO: Soda Stereo, Jamiroquai, Sisters of Mercy, and The Church.

HEATHER: There are so many, honestly! I guess my main influences would be The Cocteau Twins (Liz Fraser), Dead Can Dance (Lisa Gerrard), This Mortal Coil, (Liz Fraser, Lisa Gerrard, Louise and Deirdre Rutkowski), Everything But the Girl (Tracey Thorn), Karen Carpenter, Billie Holliday, Etta James, Enya, Tracy Chapman, Soda Stereo (Gustavo Cerati)…there are so many more…too many to mention, but these are in my top choices. We also love classical music and jazz/smooth jazz/blues. Both of us have very diverse tastes in music.

Q. Make a list of 5 albums of all time…
MARIO: Soda Stereo – Cancion Animal, The Smiths – The Queen Is Dead, Ekhymosis – Ekhymosis (Self titled album)

Q. How do you feel playing live?
MARIO: I love it, it’s definitely a rush! I do enjoy playing live even more so than recording in the studio.

HEATHER: I love playing live…it is a major adrenaline rush from beginning to end. I love performing, it takes me to another place when I am on stage, and I love the feeling… We have not played live together as Winter of Our Faith, but we have played live in separate projects years ago…

Q. How do you describe Winter of Our Faith sounds?
HEATHER: Although our influences in genres range from Shoegaze, Ethereal, Ambient, Dreampop, Classical, Jazz, Blues, Spanish Rock, to even a little bit of newer Country music, I don’t know that we have a specific sound to speak of. Our music is really written and recorded depending on where we are at emotionally in our lives at the moment we write it…I guess you could say it is just from the heart and with feeling…


Q: Tell us about the process of recording the songs?
MARIO: Basically the way I start writing a song is by playing around on the guitar, and once I find a hook or a guitar line that I like I use that as my beginning progression, which develops into the intro, verses, choruses, etc., but I never know where it is going to end up until I get there. Then I texturize it with bass and keyboards.

HEATHER: After Mario does his recording of the music we decide who is going to do the vocals…we never know who will do that until we get to the end of the recording. It really depends on which one of us is inspired by the song more I guess, or which one of us hears something that we can put to the music. There are occasions where Mario will record music specifically for me to lay vocals to, or specifically for himself, but as of late we just go with it and see what happens.

Q. Which new bands do you recommended?
HEATHER: I really don’t get to hear a lot of new music. Mario listens to the radio more than I do, but there aren’t any new bands that either one of us could think of at the moment to recommend off hand. I do find new things I haven’t heard of because of people on Facebook, Soundcloud, etc., but I don’t listen to the radio much. If I do, it is to listen to classical music or jazz.

Q: Which band would you love to make a cover version of?
MARIO: Covers are great, but it can be difficult to capture the essence of what the original artist was trying to convey, so doing a cover is not something I would really choose to do often.

HEATHER: If I could do a cover of any band, I would probably choose a song or two by The Cocteau Twins or Everything But the Girl, maybe even a Carpenter’s song…although, not sure I could do any of them justice! I agree with Mario, it is very hard to capture that essence of the original song…

Q: What are your plans for the future?
MARIO and HEATHER: We’re not really sure. We are just taking things as they come. We will probably continue to write and record music, but no plans on playing live or anything further than that.

Q: Any parting words?
MARIO and HEATHER: We just want to say thank you for giving us this interview!
*
*
*
Thanks