Polystyrene with Junk - An Interview 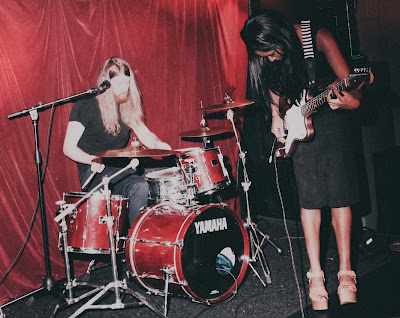 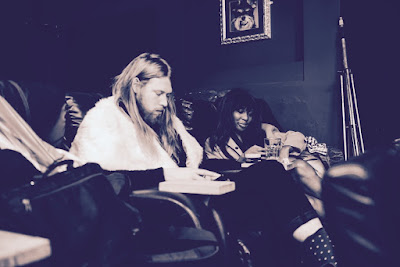 Q. When did Junk started? Tell us about the history...
JUNK. started in late 2013, and it all happened pretty quickly - we'd written 3 songs during the last weekend of September and were playing them at a tiny York venue called The Woolpack a week later. We've pretty much just continued to play gigs and write songs since then!

Q: Who are your influences?
When we started I'd say our influences were 60s girl groups, and bands like the Jesus & Mary Chain and The Velvet Underground.

Q. How do you feel playing live?
It feels pretty comfortable now, JUNK. was the first band I'd [Estella] been in where I'd actually done any singing, so that was a bit nerve wracking at first, but I'm cool with it now. The last gig I felt nervous about playing was Indietracks Festival, we played the Church Stage this summer and everyone sat in pews and watched us, it was all a bit surreal!

Q. How do you describe Junk sounds?
Poppy, fun, imperfect.


Q: Tell us about the process of recording the album?
Our recording process is a very low maintenance, DIY kinda thing - Danny (drums) records all of our takes and mixes the tracks, and his brother masters them for us. Our first EP was recorded in an artist's print studio, as that was where we used to have all our band rehearsals. I like our set up as it keeps things uncomplicated, and hopefully it means we keep the JUNK. sound from sounding too polished, as we're not really a 'polished' kind of band.

Q. Which new bands do you recommended?
Well we've played a few gigs with a Leeds band called Don't who are just so great, and are releasing their first album through our label CHUD Records. We're also supporting a band from Glasgow called Tuff Love when they play York in November - they played York earlier in the year and won the entire crowd over, they make infectious indie pop music. I'm looking forward to buying loads more of their merch. York is actually full of new bands that people should really be checking out, like Bull, Sherbet Flies, Eugene Gorgeous, Mayshe Mayshe, ... And The Hangnails, Fat Spatula, I could really go on for ages!

Q: Which bands would you love to make a cover version of?
We'd planned to cover American Football at an all-day gig earlier this year, we spent ages learning the guitar parts and recruited Dave from Missing Kids to sing it with us. Then typically on the actual day of the gig my guitar wouldn't work, and having only a limited amount of time for our slot we had to abandon the whole idea. I'd still like to have my 'Never Meant' moment if the opportunity comes up again!

Q: What are your plans for the future?
We've already started recording for our 3rd release and are excited for everyone to hear our new material, we may also have our first ever video in the works pretty soon. We've got some gigs coming up with some great bands too, so there's plenty going on in the next few months!

Q: Any parting words?
Thanks for the interview, and if anyone can hook us up with a gig in Sao Paulo then give us a shout!
*
*
*
Thanks