Sick Mouths with The Savage Blush - An Interview 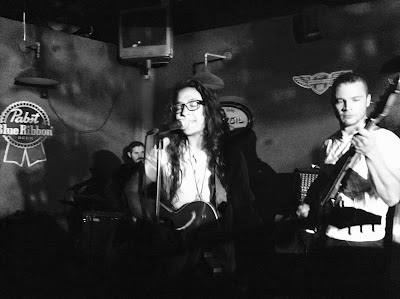 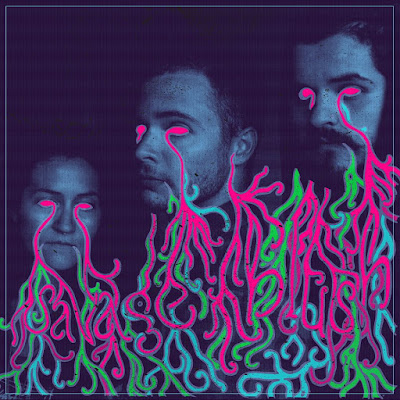 Q. When did The Savage Blush start? Tell us about the history...
A. We started about a year ago now. I (Rebecca) had just broken up with a band and started writing the material for this one immediately. I brought my brother in to play drums. We've played in bands and just music in general together since we were kids. We played in our Dad's church from a young age as well. It was all Spanish music which has stuck with me. I found Brandon (THE bassist) after searching for someone who was a good fit. Initially the plan was to just hire a bassist on for gigs and tours, but it became apparent very quickly that Brandon has a lot to offer and is willing to do what it takes to move forward, so he's become a great asset to the project. We've been going strong from the get go. We haven't stopped at all. We went on an "adventure tour" in February for a month, at that point we had been at it for four months. It was an adventure because we went West had some shows booked, and booked others along the way, not really knowing how long we would be out or what would happen. The point of it was to start buiding the fan base. We quit our jobs and all three lived in the van. Not just out of it. It was our home. It's mine full time. I'm a "vanimal". We came back to Colorado to cut the next album and make some money to get a new van and do other things we need to do to get back out again. Since then we have toured The South and East a bit and want to make it back to both coasts in the next few months.

Q: Who are your influences?
A. We all listen to a lot of things musically. It's all over the board when it comes to that. That list would go on forever. We all listen to music ranging from Bluegrass to Latin music and Psych to Punk. I would say inspiration changes and all depends on what point you happen to find yourself in your life. Right now I would say maybe some sense of desperation to get to the point where all we're doing is music is the real inspiration.

Q. Make a list of 5 albums of all time…
A. This is a tough one.
Black Flag, Nervous Breakdown (Joshua),
13th Floor Elevators, Psychedelic Sounds - (Rebecca),
Y La Bamba- Court The Storm (Brandon)

There's way too much good music out there. We decided those were the only ones our brains could handle before changing the answer a thousand times. Which we definitely started to do.

Q. How do you feel playing live?
A. Playing live is where the magic happens. Nothing can quite compare to being on a stage and sharing this thing that means so much to you and having the crowd feel something through that. Listening to live music is where you get to feel the energy from the songs in their purest form. It's a beautiful thing.

Q. How do you describe The Savage Blush sounds?
A. Reverb drenched, heartfelt. There's a feeling of old music mixed with new. My feeling is the music is a direct manifestation of what is going on inside, so I don't like to put us in a box and say, Well we are this and only this. There are some Latin vibes that come out. Garage, Surf, of course Psych. I would describe the way I write, and the lyrics especially, as some kind of storm of thought. A lot of times the songs aren't about one specific thing. That's how my brain works. A tornado of everything.


Q: Tell us about the process of recording the songs?
A. The process is always different. With the writing as well as the recordings themselves. Sometimes one part of a song is written before any of the others (bass line, guitar riff or rhythm part or vocal/lyrics). Those pieces are always fluid and changing. I do however like recording live much more than tracking. The first album we recorded before we found Brandon, so I didn't have anyone to play the bass parts while we played the rest. I tracked those in after the rest was recorded live. We did that one in a few sessions. The second album we recorded all live in one seven hour session. I like to think I write very honest music, so in my mind live recording captures that feeling more than tracking everything in. I'm not opposed to trying new things recording wise, but definitely for the first two albums that is how it needed to be done.

Q. Which new bands do you recommended
A. There is a band called Oh Rose that I have been digging on lately. Benjamin Booker is someone Brandon has been into lately as well. Josh has been listening to a lot of Together Pangea.

Q: Which bands would you love to make a cover version of?
A. White Rabbit, Jefferson Airplane. But really who could ever do that justice. Also Poor way faring stranger.

Q: What are your plans for the future?

A. We are in the process of finishing up the material for the next E.P. which sounds a little crazy. It will have been the 3rd album released by us in the year we have been together. But I believe music is an evolution of mind and body, so if that is constantly changing and evolving I want to put out what is relevant at that time. I don't want to wait for a year to release something when the songs and our state of being will be different. We want to tour Europe as soon as possible, and are putting our feelers out for labels we want to work with.

Q: Any parting words?
A. By Grapthars hammer, I shall avenge you. Live long and Prosper. Never give up. Never surrender. Also live your dreams. Life is too short. It's not easy. Some people won't understand you. Don't let those people get you down. Work hard and feel fulfilled within yourself. Never do things solely for others, but remember we live on a planet of humans and we must tolerate, respect, and appreciate each other to the best of our ability.
*
*
*
Thanks