Phonic 50mg with Hollowphonic - An Interview 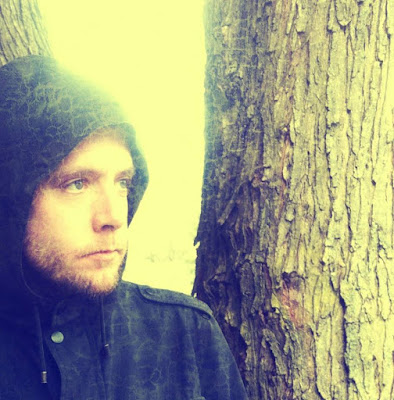 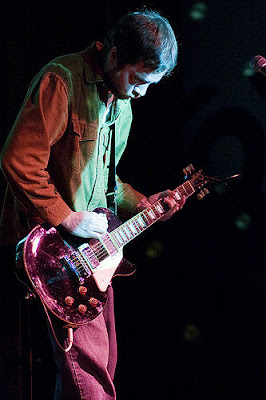 Q. When did Hollowphonic started, tell us about the history...
I started Hollowphonic in 1998, with a false start under the name 'Hollow' way back in 1996. I started recording my first record 'Phonic 50mg' in 1998 and released it in 1999 on a Toronto, Canada based label called 'Sweet Tooth Records' The gentlemen that ran the label had a successful metal label called 'Epidemic' which did really well around the World. With Sweet Tooth they were looking to expand into new musical territory and asked me to join and release my record.

Hollowphonic has aways been my project with friends and fellow musicians helping me out on drums and various instruments in the studio and with live shows. There really hasn't been a consistent group over the course of a Year over the Years so it's been as much of a human resources experience than that of creating and performing music. :)

I have released 3 records, the last one 'Viaduct' so far only available on iTunes and Amazon through a label called 'Minor Sphere Records' out of Chicago, USA. I would like to eventually press it to cd and vinyl perhaps packaged with a new release.

Q: Who are your influences?
My influences for the most part have been Shoegaze style bands: My Bloody Valentine, Cocteau Twins, Slowdive, Chapterhouse as well as a plethora of other bands that don't necessarily fall under that label like The Verve, Mogwai, Mercury Rev and hundreds of others I have missed here. I was big into Sigur Ros and The Beta Band for my second record 'Majestic'. I love The Stone Roses, Primal Scream and the like as well… I also like the Production work of David Holmes and Andrew Weatherall and a host of film composers like Vangelis, Eno as films also inspire my work as much as everyday life and found sounds that can be inspired by it.

Q. How do you feel playing live?
I feel euphoric, comfortable and generally happy playing live. I'm an anxious person but I don't have a problem getting up in front of people with my music. It's a control thing and the sounds in general, as well as the response of the audience and say someone that approaches me after the show gives me a warm feeling.

Sometimes I play a solo show, like I am tomorrow on Sept 23 in Toronto. This enables me to perform the more electronic/atmospheric/mood types of sounds I produce. As well get off some new ideas without having to release them. Kind of test the waters.

But nothing matches the sound of the whole band… the volume..the feeling and extra emotion of the pounding drums and bass lines.

Q. How do you describe Hollowphonic sounds?
I would say heavy, emotive, spacey, atmospheric with a wide dynamic loud to soft thing and a cross between Electronic and 3 chord rock. Newer songs have been more organic with more of a songwriter feel than the usual wall of sound. However I will always retain the latter.

Q: Tell us about the process of recording the songs?
There's no real set way I write a song. Electronic tunes are made fiddling around with samples, keys, sounds and compiled, some with a beat, some not. Others are written on guitar and jammed out as more of a 3 piece rock arrangement. Vocals are always last though… Filling in the blanks. A lot of time I will jam without lyrics and they magically get written. I'll here playback a jam or something I have recorded and I will hear what I am saying.

My studio is modest and has really been downscaled as a technology has enabled me to produce my work in a smaller space. I will outsource drums to a bigger studio where there's a nice room sound, lots of good mic's, tube pre amps and compressors and the like.

Other than that, everything is done in my living room, vocals in the bathroom kind of thing.

Q. Which new bands do you recommended
I'm listening to Wand, Drenge and Red Fang. The latter being really heavy which I have any affinity for. I like intense music and was really influenced by it when i was younger starting out.

Q: Which bands would you love to make a cover version of?
I just finished a cover of one of my favourite bands from Canada' Sianspheric' for a Blog called 'Quick Before It Melts. And I have an released a cover of Joy Division's Interzone posted here: https://soundcloud.com/hollowphonic/joy-division-interzone-cover

And another by Syd Barrett called 'Golden Hair' with the writings of James Joyce… So i'm just going to focus on my own writing and perhaps I will pull out another cover sometime. Live I have covered Spacemen 3 and Spiritualized a couple times for a friend's tribute to record sleeve designer 'Natty Brooker' who designed for both bands, hosted by a friend. Unfortunately Natty succumbed to Cancer. More tributes for a good cause will definitely motivate me to do more of the same.

Q: What´s the plan for the future....
The plan is to rehearse and write with a couple of friends that are joining Hollowphonic. A new record, live shows and picking up the pace. I feel i've been meandering too much the last few Years. Time to step up the game. I'm not getting any younger.

Q: Any parting words?
Thank you for the interview. And thank you to all your readers that support the arts and those like yourself that write blogs and help to expose artists like myself. Hopefully I can make it to Sao Paulo and play a show some day!