Deadline with The Last Hour - An Interview 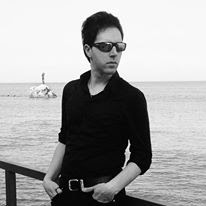 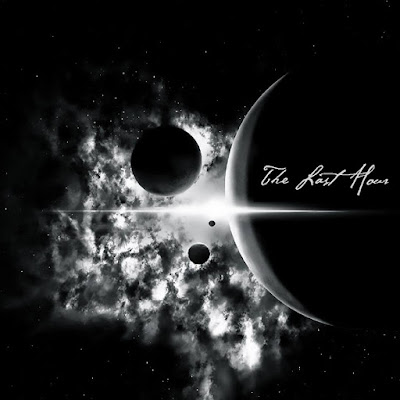 Q. When did The Last Hour start? tell us about the history...
In 2004, after Gothica’s split, I created The Last Hour. “Into Empty Depth” was the first song and it appeared on “Flowers Made of Snow”, a Cold Meat Industry sampler. In December 2008, debut CD of the same name came out on Other Voices Records. In December 2014, the new album "Deadline" came out on Seventh Crow Records and The White Room Netlabel.

Q: Who are your influences?
My music comes from the depth of my soul. I pour my feelings, my visions, each experience that I have, the universe and the art that surround me into my music.

Q. Make a list of 5 albums of all time…
Depeche Mode - Violator
Joy Division - Unknown Pleasures
Dead Can Dance - Within the Realm of the Dying Sun
Einstürzende Neubauten - Silence Is Sexy
Bjork - Homogenic

Q. How do you feel playing live?
It’s an adrenalized experience. I lose myself into darkness and I star to dream. At the moment, The Last Hour is a studio project only. I play live with my side project Les Jumeaux Discordants.

Q. How do you describe The Last Hour sounds?
The Last Hour’s music is post-cold dark wave with the extensive use of synthesizers. The new album “Deadline” sounds more electronic and groovy than in the past, but with dark mood as always.


Q: Tell us about the process of recording the songs?
I compose music using synthesizers and programming in my The White Room studio. There is a long process of experiments and research to find the best sounds for the songs. On “Deadline”, I collaborated with Carlo Baldini. He recorded bass in “Winning”, composed music of the song “Falling Away”, mixed and mastered the album. Other guest musicians was: Claudio Carluccio, guitarist in “Utopia” and Rossano Fortunali, guitarist in “Winning”.

Q: Which band would you love to made a cover version of?
At the moment, I don’t feel the need to make new covers. I already made some Joy Division’s covers (“New Dawn Fades”, “Atmosphere”, “Love Will Tear Us Apart”) and The Sound’s cover “Winning”.

Q: What are your plans for the future?
I’m mixing the songs of the second album of Les Jumeaux Discordants. The new album will be out soon on French label Athanor Records.

Q: Any parting words?
‘Such men are like clockwork, which is wound up, and goes it knows not why. Every time a man is begotten and born, the clock of human life is wound up anew to repeat once more its same old tune that has already been played innumerable times, movement by movement and measure by measure, with insignificant variations’ (Arthur Schopenhauer).
*
*
*
Thanks