New Saturday with Me In Grasshopper - An Interview 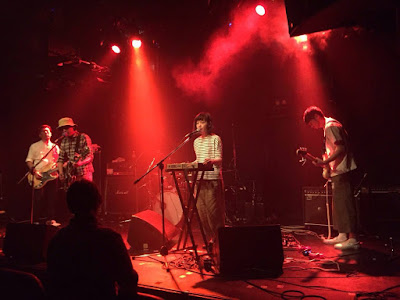 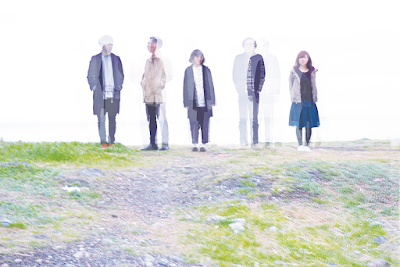 Q1. When did me in Grasshopper started, tell us about the history...
A1. Nakamura stopped band activity for a long term, but reopened the making of music from about 2010.When he made sampling tone generator in 2011, he started search for member triggered by invite Shinazumi of the member of the previous band.The band changed a member several times, and Takahashi, Ogawa became members in 2013 and performed the first live by four formation at Nagoya in July.We released first CD "lieas e.p." which we recorded in these four people on this occasion.I performed a live several times, but Ogawawithdrew afterwards in March, 2014. One day Kawaguchi and Takada participatedas a live supporting member.Then we felt fit well together, we invited them, and it was five present formation.We released limited free distribution CD " h i ma w a r i " in autumn of 2014.We released " NEW SATURDAY " in April, 2015.(by Shinazumi)

Q2. Who are your influences?
OFF COURSE (by Nakamura) Overall 80 ' s , US and UK indie after 90 ' s, alternative music (by Shinazumi) Junji Takada(Japanese talent) (by Takada)

Q5. How do you describe Me in Grasshopper sounds?
A5. The melody of man and woman mixed voices is POP and sorrow for Alterna and Shoegazer -based guitar sound. (by Shinazumi) Pop Rock (by Nakamura)

Q6. Tell us about the process of recording the songs ?
A6. We record drum sound in a studio and record it athome afterward. (by Nakamura)

Q7. Which new bands do you recommended?
A7. If it is a young band , it is " 17 years old and Berlin Wall (17歳とベルリンの壁)" .“mishca” which includes Takada and Kawaguchi in members is recommended.(by Shinazumi) Ykiki Beat (by Takada)

Q8. Which band would you love to made a cover version of?
A8. OFF COURSE (by Nakamura) Spitz (by Takada)

Q9. What´s the plans for future....
A9. Playing in music Festival (by Nakamura) I think that it is happy only by there is the environment that can make good music and work . In addition , as for meeting people enjoying itto hear it .Preferably I want to do a loop slowly as far as it continues .(by Shinazumi)

Q10. Any parting words?
A10. I want friends to recommend our music. (by Nakamura) Through music, it is very happy to be able to meet many people. I am glad if everybody looks forward to me in grasshopper n the future.(by Kawaguchi)
*
*
*
Thanks