The Future You Know with Black is Bright - An Interview 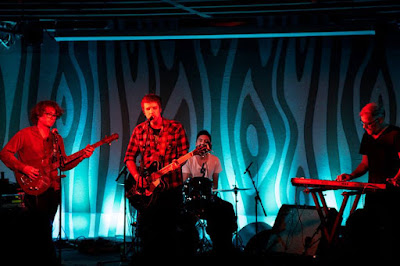 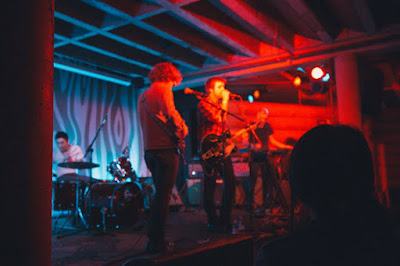 Q. When did Black is Bright start? Tell us about the history…
I started Black is Bright after one of my last bands ended (the silent numbers). I already had some songs that I had written / recorded on my own that I really wanted to release as an E.P., and it was a good opportunity to just start over.

The E.P. got some press, some friends actually wanted to be in the band with me, and we started getting show offers. The latest recording is more of a full-band effort, and the result of playing a dozen or so shows over the past year while writing new material. It’s officially not just my solo project anymore.

Q. How do you feel playing live?
Playing live allows me to turn off the world for a night. I love it.

Q. How do you describe Black is Bright sounds?
Fuzzy.


Q: Tell us about the process of recording the songs?
Well, we’d always talked about going into a studio to track live for this one. We’d all heard great things about Revolver Studios in Portland. Jef, June and I went in and tracked 5 songs in 4 or 5 hours. I ended up playing bass on everything, because our last bass player was moving on to play with another Portland band called Jackson Boone. So, that was the easy part. I tracked all the vocals in my home studio, and also did some guitar and keys/noise overdubs.

Afterwards I really wanted to get someone else to mix it, so I contacted a recording engineer friend of mine from back in Detroit (Adam Cox) and just let him do his thing. He did an awesome job.

Q: Which bands would you love to make a cover version of?
We were thinking of covering Toto - Africa… but I’d still like to do a Motown song our own way. I love doing Bauhaus and Brian Eno covers. One NYE some friends of mine and I had a cure/bauhaus cover show.

Q: What are your plans for the future?
Right now we’re getting the new bass player up to speed and will be playing our first show back Oct. 23 at the Know in Portland with some friends, Merengue. Beyond that… more shows, with a possible short west-coast tour. We plan on writing / recording songs as often as possible.