Reach Out with Soon - An Interview 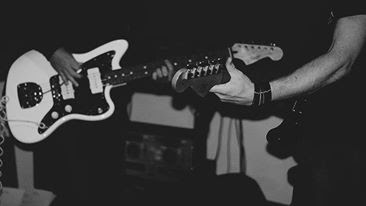 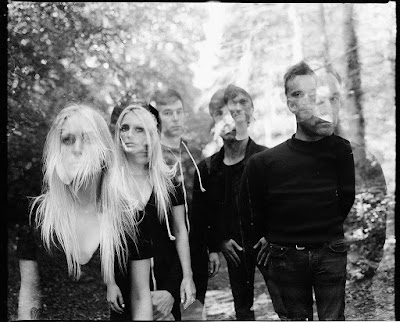 Q. When did Soon start?Tell us about the history...
Soon began after I met Marc ( guitars) at French festival Route Du rock in August 2013. We were a bit drunk and talking about the kind of music we were into… I told him I was playing guitar at home. I think he said « Hey let’s start a band ». I thought he would have forgotten the day after, but he sent me a message : « When do we start ? ». I freaked out a bit. Mark is a kind of a local legend where we live. He’s been in a couple of bands. We started with some kind of demos, sketches of ideas. Each Tuesay we would work from 5 :30 pm to 10 : 30 pm. A friend of ours introduced us to Martial our drumer. We rehearsed a couple of times and wrote some songs. Summer came and we went back to our business and didn’t play that much. In September 2104, we started to play together again and Laura, Marc’s girlfriend who also takes care of our artwork joined on bass. We recorded two songs in the summer of 2015. They were released on September 28.

Q: Who are your influences?
I guess these following bands heavily influenced us in the writing of our songs : Slowdive, Nothing, Whirr, Sway, Moscow Olympics, My Bloody Valentine, Weekend, Jesu, The Cure I probably should insert so many names actually…

Q. How do you describe Soon sounds?
The band has only existed for a year, so we’ve been mostly writing, rehearsing to record some songs. We played once, but it was not really a gig. We’ll be playing soon and hopefully more. We have fun playing together when rehearsing, so I guess we’ll enjoy it. Some of us are prone to stress though… We’ll see.


Q: Tell us about the process of recording the songs?
We love to » drench » melodies in reverb. We have a fascination with that.

Q: Which bands would you love to make a cover version of?
We’d like to cover My Vitriol’s Under The Wheel and Whirr’s Lines.

Q: What are your plans for the future?
We released two songs this week. We have a couple of songs ready for an EP in early 2016. We have a gig in a month in our town with Future and Soft Blonde. We want to play live.

Q: Any parting words?
Thanks for your interest and showing support Renato ! Shout out to the Nothing Collective from Paris and all the people who support us.