Sleepy with Whalo - An Interview 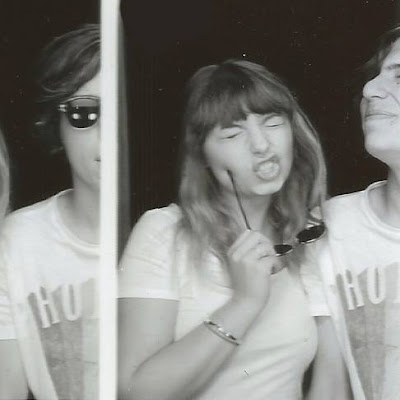 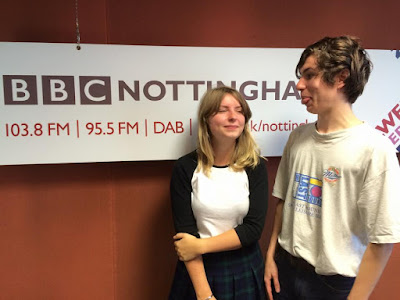 @. When did Whalo start?Tell us about the history...
We started Whalo last year playing around in Matthew’s garage just for fun when Johanna moved to the UK from Stockholm. We played as a duo with the intention of finding other members to fill it out but after to get some songs together we realised we worked well with just the two of us, so we decided to get started and record an EP!

Q: Who are your influences?
We just really love pop music! We have quite a range of influences that we try and incorporate into our songs from 90s stuff like My Bloody Valentine, Pavement to more modern such as The Strokes, Youth Lagoon, The Radio Dept. There are some really good Swedish artists that we both love like Håkan Hellström, all of his songs are so melancholic and it’s that feeling that we both love about music.

Q. How do you feel playing live?
We haven’t actually played live yet so we’re both pretty nervous! But we rehearsing at the moment and hoping to get some gigs soon.

Q. How do you describe Whalo sounds?
Two people sitting in a garage trying to figure out exactly how much reverb it will take to hide the mistakes. That’s probably the best way of describing it. Hazy guitars, dreamy vocals and sad melodies.


Q: Tell us about the process of recording the songs ?
It’s been quite a long process; we liked to take our time to go back and re-do bits we didn’t like anymore or change chords around until we were really happy with them. We recorded some of the guitar and drum tracks at the start of January but finished the vocal tracks at the start of September and then mixed and mastered them quickly after.

Q. Which new bands do you recommended?
We really like this band called Small Wonder, they released this album called Wendy last year I think and it’s incredible. They’re part of a collective called The Epoch is Now which is full of great artists. We also loved Westkust’s new album, there are some awesome sounds on there.

Q: Which band would you love to made a cover version of?
Roxy Music.

Q: What are your plans for the future?
We’re going to rehearse a lot and try and get a few gigs, and after that we’ll start writing some new songs and maybe do an album!

Q: Any parting words?
Thank you so much for asking us some questions, it was really hard we’ve never done this kind of thing before! We’re just ecstatic that people like our music.}
*
*
*
Thanks