Strawberry Echoes with Ultraviolet - An Interview 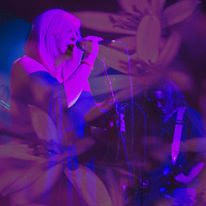 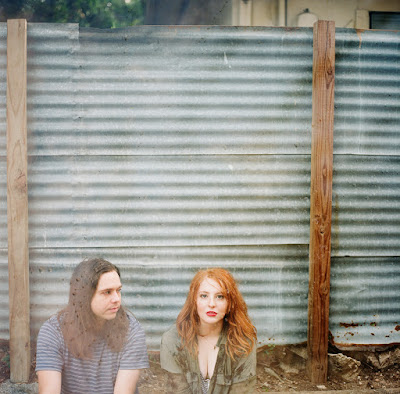 Q. When did Ultraviolet start? tell us about the history...

James: In the summer of 2013 I relocated to Austin, TX from a small town in North Carolina. I had been playing music with a few friends there, but decided I wanted to do something more serious. I began playing with a few different people in Austin. With a drummer and bassist in tow, we began to scout for a singer. We didn't look long. Caitlin answered an ad we posted and we tried her out. I was blown away at the first practice. We had asked her to sing as we all improvised a jam together. I was amazed at her voice and her ability to let her mind go and create sound.

Caitlin: When I came to audition for James, I had prepared a few songs to showcase my range and vocal style. When I asked him what he would prefer me to sing, he started playing his guitar and said “Sing to this.” He was just making something up, the notes were beautiful but I had never done anything like that before. So, I just closed my eyes and listened to the tone of his guitar and began to sing. I didn’t say any words, mostly just sounds and textures. I guess he liked it, because he asked me to come back again the next week. I felt so inspired around James. His guitar just spoke to me and told me what to sing. I feel like he would have a feeling that his guitar would express, and I would translate it into the words it wanted to speak. After we began playing together, we started writing songs and decided to call ourselves “ultraviolet.” We have had several different bassists and drummers, but James and I have always remained. So, we consider the band to be the two of us. James and I write the songs and have friends that are very talented musicians, they play live shows with us.

Q: Who are your influences?
Caitlin: I was highly influenced by Stevie Nicks and Fleetwood Mac as these musicians had a huge presence throughout my life. I was surrounded by Fleetwood Mac and Stevie throughout my childhood, as it was my mother’s favorite music. Some of my earliest memories are of her dancing around the house singing “Rhiannon.” My mother had a deep love of folk, singer/songwriters, and powerful female voices. She brought me up with Simon & Garfunkel, John Denver, The Carpenters, Carol King, James Taylor, The Mamas & The Papas, and Cat Stevens. She also idolized U2 and made sure we listened to every album and watched every live performance ever recorded. I drew a lot of inspiration from these artists because they wrote songs that made me feel a beautiful sadness. The lyrics would entrance me, while the vocalists strong, pure voices would lead me through the song’s story. My most favorite of all was Stevie. I loved the dark magic she brought to her songs and her performances. It was comforting and inspiring to know that there was a strong, talented female that built her career on singing about magic, superstitions, and true love. These fantastic, childlike concepts always did, and still do interest me the most. I adore whimsy and darkness. My dad was more into new wave. He obsessed over bands like The Cure, Depeche Mode, and Tears For Fears. These influences led me to the style of music I became interested in as I matured. The Cure was a gateway band into shoegaze music. This progressed into a love for bands like Cocteau Twins, Lush, My Bloody Valentine, Slowdive, and Ride. These, of course, are the bands that ultraviolet draws so much inspiration from.

James : I enjoy listening to a wide range of music. Growing up, my parents exposed me to a lot of great artists such as the Beach Boys, The Moody Blues, Phil Collins, and others. As I got older though, I started honing in on the sounds that I really identified with. I find that the periods of music I most enjoy are the late 80's and early 90's as well as the late 60's. I discovered shoegaze through the band The Verve. The day I purchased their album A Storm in Heaven I fell asleep while listening to it on my headphones. It broadened my horizons and introduce me to a whole new world of sound and music I never knew existed. From there, I continued on to discover the other great artist within the shoegaze and dream pop genres that we all know and love and have been influence by. 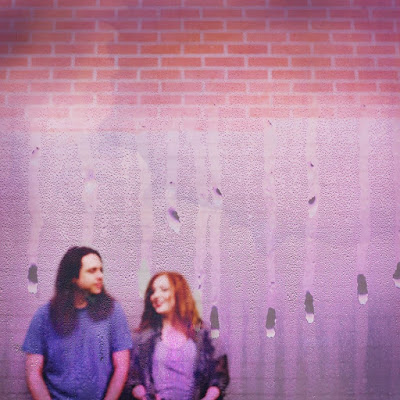 Q. Make a list of 5 albums of all time…
James: There are certainly albums that are within our genre that we draw great influence from and are timeless examples of great music. Of course albums like Souvlaki Space Station (Slowdive), Spooky (Lush), and Nowhere (Ride) are so dear to us and have had a great influence on the way we imagine music, but for this question we want to focus on albums, regardless of genre, that are undeniably great albums to any listener, no matter what genre of music they prefer.

Caitlin: After much deliberation, we have agreed on these 5 albums, in no particular order.
Pet Sounds- Beach Boys
Heaven Or Las Vegas - Cocteau Twins
A Storm In Heaven - The Verve
Days of Future Passed - The Moody Blues
Loveless - My Bloody Valentine

Q. How do you feel playing live?
Caitlin: When we play live, it’s a feeling like no other. It feels like you are in another world, where time doesn’t exist. You just kind of float on stage and before you know it, the show is over and all you want to do is play again. The tricky thing is that so much of a live show depends on the audience’s energy. It’s like teamwork between the band and the audience, trading energy back and forth. We’ve played some shows where people just are not into what we’re doing and it can be really draining putting energy out and not getting anything back. When it works though, it’s beautiful. Everyone is right there, in that moment experiencing the same feeling. We play with smoke machines and I love it when the stage gets so smoky that all you can see are our silhouettes. It forces you to focus more on the sound.

James: For me, the stage is where music really exists. The test of a band is their live show. We try to capture with our recordings what we play live. Albums always, of course, have some allowance for artistic liberty. Playing live is really what fulfills me as a musician. I love the energy that is created when playing in front of an audience.

Q. How do you describe Ultraviolet sounds?
Caitlin: I would hope that a listener would feel that our sounds are empathetic to their unique sadness and beautifully blissful at the same time. I feel a bittersweet sadness when I listen to our music. It feels very big to me, yet personal at the same time. I imagine violets, magentas, shades of blue, and even speckles of gold.

James: I think that above all other descriptions or things that can be said about our music, I hope our music is comforting. I hope it takes you away to a calm place where you can sit and reflect. I hope it is music to fall asleep and dream to.


Q: Tell us about the process of recording the songs ?
James: I like for songs to form organically. They typically start with me just messing around on my guitar until an idea forms or a sound is made that has a nice quality to it. Usually at that point Caitlin will stop me and say "remember that, I like it." Me and Caitlin will develop and demo the song as best we can with our home recording setup and then take it to our recording engineer/mixer Douglas Helsel. Douglas has been invaluable in the making of our EP. He takes what we come to him with and helps us to get our vision out in a final recording. For mastering we wanted to have an experienced professional handle our tracks. We chose to go with Joe Lambert. Joe is a Grammy-nominated mastering engineer with over 18 years of recording experience. He has mastered such critically acclaimed albums as Deerhunters Microcastle and Halcyon Digest, as well as Animal Collectives Merriweather Post Pavilion.

Caitlin: Then we spend a lot of time feeling like what we have made isn't good at all. We push through that emotional rut and make peace with the song, then we are able to love it and nurture it to life.

Q. Which new bands do you recommended?
James and Caitlin: Austin is a great place to discover music. There are a lot of up and coming bands as well as established bands that few people have heard of. We would like to recommend you give a listen to Single Lash, Mirror Travel, Future Museums, This Cold Night, and Concrete Robot.

Q: Which band would you love to make a cover version of?
James: I always like it when bands do covers of songs that are completely outside of their genre of music.

Caitlin: I would love to cover The Carpenters’ “Your Song,” it is such a lovely song and I think we would be able to expand upon it and re-imagine it, while still remaining true to the original.

Q: What are your plans for the future?
James and Caitlin: We are going to keep working hard writing, recording and playing live shows. We would love to have a full length album out within the next year and a half, and hopefully be booking a small US a tour within that same time frame.

Q: Any parting words?
James and Caitlin: We are so excited that people are receiving our first EP so well! Stay tuned, we promise there is more to come.!
*
*
*
Thanks