Hoax with Mod Fiction - An Interview 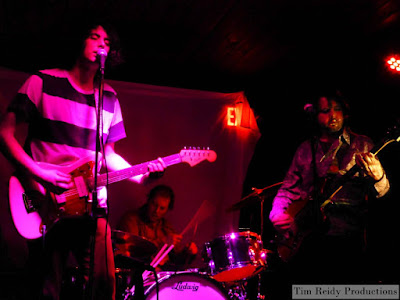 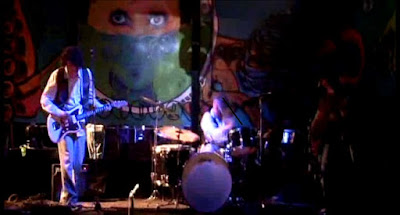 Q. When did Mod Fiction start? Tell us about the history...
Q1: The band formed in 2011 when my brother and I started formally rehearsing a backlog of tunes I'd wrote, new and slightly old. Before that we both played in other groups but always had frequent jam sessions, mostly just playing tunes we were both familiar with for kicks. Our original bass player, Mark, joined the group the day we played him some originals, most of which made it to the first record. After the first few months of rehearsals we had to take a break because I became very ill with what doctors believe was Lyme disease, which I still deal with but it's not as demobilizing nowadays. So once I was feeling a lot better we rushed into the studio and recorded 9 or 10 tunes and started booking gigs.

Q: Who are your influences?
Q2: So many influences to name, but to keep it shot I'll just mention a few. (Of course) The Beatles, Bob Dylan, Velvet Underground, Mudhoney, Syd Barrett, Neil Young, and Nick Drake (who's influence is very prevalent in my solo work) My brother's drumming style is very influenced by Ginger Baker.

Q. How do you feel playing live?
Q4: I enjoy playing live I tend to displace myself from the audience. I almost forget they are there.. I'm not one to banter with a crowd, just plug in and play.


Q: Tell us about the process of recording the songs ?
Q5: We've mostly had the same process with each recording session. We play live to get the drums and bass down then I spend endless hours overdubbing layers of guitars and then my vocals. After that's through we throw in some extra percussion and work with our engineer to get a mix we like. Each time we go back to the studio we get better at achieving the sounds we want. This is obvious to me when I hear certain tunes from 2012 compared to our summer 2015 sessions.

Q. Which new bands do you recommended?
Q6:Foxygen! they may not be brand new but they are the most current group I'm into.

Q: Which band would you love to made a cover version of?
Q7: I enjoyed are consistent covers of Neil Young, Cream, and Zeppelin tunes but I'd really like to cover more Dylan, which we only did for a few acoustic gigs.

Q: Whatt are your plans for the future?
Q#8: we've been a hiatus from gigging for a bit but know that we have some new singles being released we'd like to start booking soon but first expand the group so we can replicate our studio sound onstage. As far as the releases go, we are huge vinyl fans so we would like to make vinyls records available to our fans.

Q: Any parting words?
Q:9 Thanks for your support, Renato. It's great that their are folks like yourself who seek out and expose underground music. So look out for those vinyl releases later in 2015 but for now, since we believe music should be free, check out some free downloads on our band's site- www.reverbnation.com/modfiction. Take care.
*
*
*
Thanks