I've Got Secrets Too with Exiles - An Interview 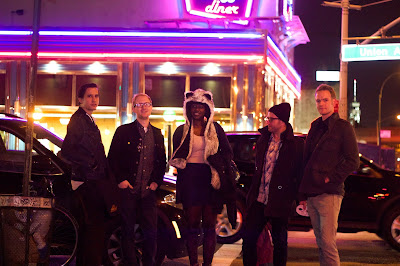 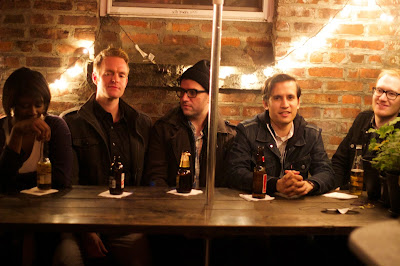 Q. When did Exiles started, tell us about the history…
Exiles began in late 2013. I (Matt) had written and recorded some demos and was looking for a vocalist to contribute to them. Our singer Moire was looking for a band and we both happened to answer each others' ads at the same time without realizing it. We had a lot of the same influences and clicked musically. Don's a friend who I had played with in previous bands, so we asked him to join us on drums. Then we got our friend Myles to play bass and once we found Michael to play guitars and keyboards all the pieces came together and we started playing live shows in the summer of 2014.

Q: Who are your influences?
Our influences are pretty varied since everyone in the band has very wide-ranging tastes. The Smiths and REM are big influences. A lot of Brit Pop, especially Blur, Suede and Pulp. We like classic shoegaze bands like My Bloody Valentine and Slowdive, and more indie pop stuff like Belle & Sebastian, Camera Obscura, The Cardigans and Radio Dept. Also some newer bands like Pains of Being Pure At Heart, The Drums and Yuck.

Q. Make a list of 5 albums of all time…
This is a tough one. It changes day to day, but for now I'll go with:
1. Belle & Sebastian - If You're Feeling Sinister
2. The Smiths - Louder Than Bombs
3. R.E.M.- Life's Rich Pageant
4. Super Furry Animals - Phantom Power
5. The Beach Boys - Sunflower

Q. How do you feel playing live?
We love playing live. Our songs definitely have a different energy in a live setting and just listening to the recordings doesn't really give you the full picture, which I think is true of most bands. Sometimes it's hard to not stress out about little logistical things, like sound or gear issues. We just try not to get hung up on that and have as much fun as we can on stage. We don't take ourselves too seriously, or at least we try not to.


Q. How do you describe Exiles sounds?
Shimmery dream-gaze for lazy summer days.

Q: Tell us about the process of recording the album?
Our earlier recordings were mostly just simple, home recordings, so for this EP we wanted something more produced yet still with a bit of that home recorded feeling. We tend to record everything piece-meal rather than just going into a studio for a week straight. The drum tracks were recorded last fall with Kieran Kelly at his studio, The Buddy Project, in Astoria, Queens. Some of the guitar, bass and keyboard tracks were already recorded by me on my home setup, and we got our friend Jorge Strofer to record and mix Moire's vocals and the rest of the tracks at his home studio last Spring. Jorge ended up playing guitar on a bunch of the tracks as well. Not only is he a great producer but he's played guitar in some of my favorite bands, like Franny & Zooey and Grand Resort, so it was really fortunate having him work on our EP.

Q. Which new bands do you recommend
We've gotten the chance to play with some great bands from the Brooklyn and Philadelphia area: Sky Picnic, Modern Merchant, Light Therapy and 2Frail (from Brooklyn). The Stammer, Blood Sound, The Morelings and Bondage & Discipline (from Philly). A lot of those band just put out awesome new releases this year, so definitely check them out!

Q: Which bands would you love to make a cover version of?
For a while we were doing a cover at our live shows where Moire sang the lyrics to 'Ghosts' by The Jam over the theme to Twin Peaks. That was pretty cool since it was more of a mash-up than a straight-up cover. I tend to not go for covers unless we can do something different and unexpected with it. That said, some songs that might be fun to cover: Lloyd, I'm Ready to Be Heartbroken by Camera Obscura; Superconnected by Broken Social Scene. Step on Me by the Cardigans. Or maybe something from Stars, like Elevator Love Letter.

Q: What are your plans for the future?
We just released a new EP so we'll be promoting that with some live shows in the fall, hopefully some out-of-town shows cause those are real fun. Then we're hoping to go into a studio to record a couple of tunes later in the year for a possible release next year, maybe a 7" or a cassette single. Who knows?

Q: Any parting words?
Thank you to The Blog That Celebrates Itself for supporting the scene and for letting me blabber on.
*
*
*
Thanks