In Rainbows with This is Head - An Interview 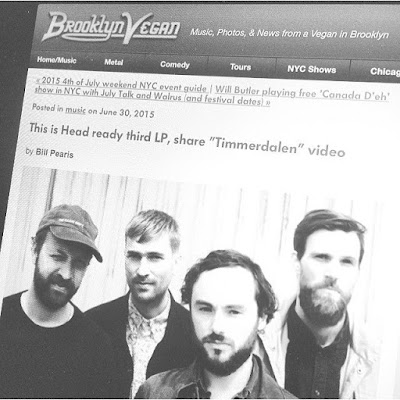 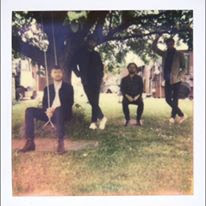 Q. When did This is Head start, tell us about the history…
This Is Head started as a band during summer 2008. Adam and Henric had a duo (just drums and guitar), they went to the studio (studio möllan in malmö) that Björn and Tom had to record a couple of songs they had written, during that record session Björn added some synths and Tom some bass and from that time This Is Head was formed.

Q: Who are your influences?
We listen to a lot of different music in the group, but of course we all like some artists and bands. We have a playlist on spotify with music that we like, listen here: https://open.spotify.com/user/thisishead/playlist/1bjJuzzpNMnhP6uj6UE167

Radiohead - In Rainbows. I love how that mix really dry instruments with big reverbs on other things. The sound of the album is kinda wall of sound-ish, but you can still hear everything.

PJ Harvey - Let England Shake
I like how this record also is a bit wall of sound-ish. Love the guitar that is a little bit out of tune. You get the feeling that it's a lot of first takes, but I don't think it is.

Cure - Faith
So hard to pick a favorite Cure album, production wise. They are so different and I love the early records and the late 80's/early 90's albums. But if I have to choose I think I'll choose Faith. The bass, the vocals and the drum machines.
//Tom


Q. How do you feel playing live?
We love playing live, live we can flip out and do what we feel to do. It depends on what stage or venue/festival it is, but we love all kinds of gigs- Big or small.


Q. How do you describe This is Head sounds?
I think there's a certain playfulness in our sound. We always try a lot of different instruments, effects and stuff during our recordings. I Think you can hear that in our sound. Also, we combine instrumental songs with songs with vocals. We enjoy playing both types, so we try to make the perfect mix.

Q: Tell us about the process of recording the album?
We went to a small island outside Göteborg, recorded the album in a small wooden house right beside the sea. In one week we jammed and recorded all days and nights. I think you can hear summer, jam vibes in the album.

Q: Which bands would you love to make a cover version of?
Hard to say, it´s problably best to record a cover of some real famous hit-song like something from I don´t know maybe Michael Jackson, I mean his songs has really good melodies.

Q: What are your plans for the future?
Play live, spread the word about our upcoming record that we think is really good!