Something of a Reverie with Better Best - An Interview 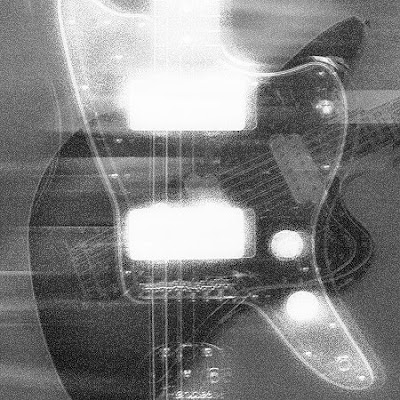 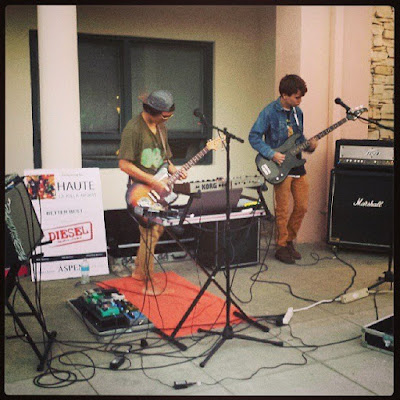 Q. When did Better Best start? Tell us about the history...
Better Best started when my friend and I starting playing guitar in high school. We began at the same time and started writing songs in like a year. We would just sit in my bedroom and play music together and share musical ideas all the time. Early on we would write songs together but eventually it got to a point where I was just writing most of the songs. I think I was very passionate about music and I had stuff to sing about since I just broke up with my girlfriend. Then we got a few of our other friends to start playing shows and we did. Summer of 2012 we played all over San Diego at places we thought were really cool. Then we lost our drummer and the band kind of went on hiatus after that summer. I was starting to feel really sad about the band. I thought we weren’t good enough. I also was starting to like a girl who I realized didn’t like me. So I was just very sad and starting writing songs in the winter of 2012. I started really taking recording to the next level and got a lot more guitar pedals. Then I made “Something of a Reverie” which was completely different from what I was doing before. There was no more distortion and it really focused on songwriting and the tone of the instruments.

Q: Who are your influences?
At the time reverie was created I was very much into what Kevin Parker was doing. I sort of consider Reverie to be a boy’s version of Melody’s Echo Chamber. I also liked a lot of shoegaze bands and twee pop like Black Tambourine, The Sea Urchins,Slowdive, Ringo Deathstarr etc.

Q. Make a list of 5 albums of all time…
Arctic Monkeys – Whatever People Say I Am, That’s What I’m Not
Yuck – Yuck LP
My Bloody Valentine – Loveless
Tame Impala – Lonerism
Jon Hopkins – Immunity The first time I heard each of these albums my life changed drastically. AM got me into indie music in general, Yuck made me believe I could songwrite in my bedroom with my friend, MBV showed me that singing soft is okay, Tame Impala showed me it’s okay to make fucked up pop songs, and Jon Hopkins allowed me to believe that electronic music was okay.

Q. How do you feel playing live?
It’s a shame that “Something of a Reverie” never got to be played in it’s true form. The problem is we couldn’t find a drummer and it’s too hard to play live. The album was written in a way where the production in FL Studio came first and any practicality of playing it live was put last. I just wanted to create a great album and I wanted to use all the tools I possibly could. In a sense, the album is how I started getting in to making electronic music, which is what I do now.

Q. How do you describe Better Best sounds?
“The EP fuses elements of dream pop and neo-psychedelia while remaining indebted to the shoegaze acts of the 90’s whose songs are heavily layered and reminiscent of cathedral-esque sonic vibrations. The five songs offer an array of capable songwriting, boasting lush production and lyrical content entangled in unrequited love, alienation and yearning. While Better Best appears to be walking a path traversed by many other bedroom loners with delay pedals, their sound remains resourceful and ingenious. The resulting music is a blend of electronica and soaring instrumentation that lures the listener into a frosty vortex and shoots them out into an otherworldly aural terrain; foreign but familiar.”


Q: Tell us about the process of recording the songs?
I started recording in November 2012 and finished May 25th, so I could give it to a girl in my class (I never did though). I didn’t hang out with people much and I was incredibly determined to make good music. I knew very little about recording music and I finished knowing so much. It was basically just me, FL studio, a deluxe reverb, a fender jaguar, a microkorg and a USB microphone. All the sounds on the EP were recorded from the deluxe reverb: this includes the guitar, tambourine, shaker, bass and the microkorg except 1 midi keyboard in Wonder Ring and a few samples. The drums are electronic since I couldn’t drum. I just sat in my bedroom all day, every day working on the EP. I skipped class a lot and just biked home to record an idea that I was thinking about all day. I really couldn’t think about anything except the EP. It was a rollercoaster ride. Some days I would love it and some days I would hate it. I considered trashing it a lot. I'm glad I didn't.

Q. Which new bands do you recommended?
Hop Along, Palehound, Major Leagues, Beach House, Father John Misty is what I’ve been listening to.

Q: Which band would you love to made a cover version of?
Pavement

Q: What are your plans for the future?
Better Best is no longer the musical project I make music under. I don’t think it will ever come back but it was a blast making music under that name. Probably the most fun I’ll ever have creating something.

Q: Any parting words?
Even if a couple people liked my music, I’m honestly very happy.
*
*
*
Thanks