Starbrite with colourwaves - An Interview 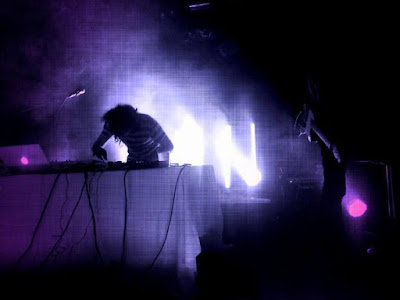 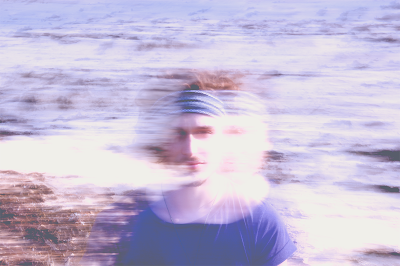 Q. When did colourwaves start? Tell us about the history...
I wrote and recorded my first ep 'distractions' in 2011 in my room basically entirely with this one synth I had and chose to put it out under the name 'colourwaves' because I thought that's what it sounded like. It basically grew into a live thing pretty fast and I invested in more gear and played a lot of shows and small festivals in Melbourne. I've been writing a releasing music ever since.

Q: Who are your influences?
Hmm, they change all the time. I guess I've always had that shoegaze or dream pop influence, bands like My Bloody Valentine and Slowdive. I got really into synthpop (bands like chromatics) and the movie drive when it came out and I think that influenced my sound a bit. People have also told me they can hear a 70' s influence. Also I'd say The Smiths, The Radio Dept., HTRK (ever since I played a show with them and was blown away) and lately Tame Impala. But I can't deny my love for chillwave as well. My music is also influenced a lot just by my experience of the world, people, myself and my ever changing perspective of it all.

Q. Make a list of 5 albums of all time…
I'm not qualified to do that. But i'll give you some albums that seem to have been particularly special in certain points of my life:
- The Radio Dept. - Pet Grief
- My Bloody Valentine - Loveless
- Slowdive - Souvlaki
- Animal Collective - Merriweather Post Pavilion
- The Smiths - Hatful Of Hollow

Q. How do you feel playing live?
It's a weird battle between fear and freedom. Q. How do you describe colourwaves sounds? For the earlier stuff I would say dense, warpy, sort of unrefined and spontaneous layered synths and fake instruments, a lot of reverb, not much emphasis on beats. I guess I've slowly honed my production skills and moved towards incorporating elements that make it sound more like electronic music and pop. But I've always tried to keep some of that dreamy warp feel.


Q: Tell us about the process of recording the songs ?
I usually start with a loop of a synth, maybe bassline or beat in ableton, then I'll usually lay down some vocals, usually just the melody and timing of syllables and way the words sound, then I'll usually refine those into actual lyrics that have the same sound, and transition from a loop to an actual linear song structure. Most of the real spontaneous creativity happens really quickly and then it's just a matter of arranging, mixing, refining. It's all pretty basic home studio recording and producing. When I record vocals or real instruments I usually do it all myself.

Q. Which new bands do you recommended?
Tbh I don't usually have my finger on the pulse of new music. Some of the most recent stuff I listen to and love is: Jon Hopkins, Moderat, Tame Impala, Panda Bear, HTRK, Willow Beats.

Q: Which band would you love to made a cover version of?
Maybe The Smiths.

Q: What are your plans for the future?
I'm currently working on a music video for an upcoming single as well as an EP that will be out this year. There are vague plans for an album and many more shows next year.

Q: Any parting words?
“Now and then it’s good to pause in our pursuit of happiness and just be happy. ”
-Guillaume Apollinaire
*
*
*
Thanks