Permanently with VVAIT - An Interview 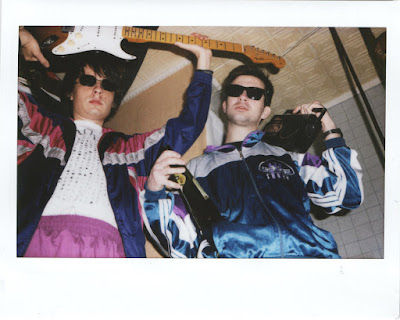 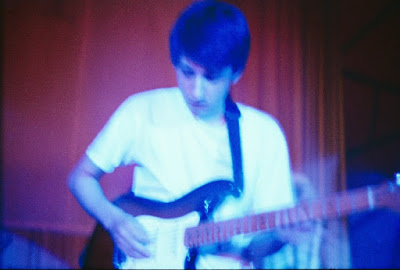 Q. When did VVAIT start? tell us about the history...
1. We started to play in November '14 and at the first time it was all about gathering at Kurt's place, composing guitar and bass lines. There were only two of us without a session drummer.

The local alternative scene of Voronezh city for the most part consisted of metal and punk bands, so we shared an opinion of making something never happened here and developing some shoegazy-noisy sound that we have always been keen on.

Q: Who are your influences?
2. Kurt: Frankly speaking, I have some blackmetal and synthpop tracks on my ipod, furthermore I take interest in bands that sound like a wall of noise, creating lush and dreamy landscapes. During the process of composing I tried to avoid repetitions of stuff i made before. Moreover, I prefer not to copy a guitar sound of shoegaze bands of the first wave, that is quite a wide spread phenomenon nowadays. Musicians are witnessing such a progress in pedal building, there is a flood of pedals and stompboxes to create a vintage or, on the contrary, up-to-date sound, so there is no reason to copy the sound of 80's and 90's with the pedals those bands had at their disposal.

Yegor: In addition to the 'stompbox theme', the combination of different types of tone modulation has always been the most interesting part of making new sounds for me. I guess that is the main factor that influence on the music we make, so the work on sound and songwriting process develop in a parallel way. Another fact that triggered an interest to such an unusual music was the abscence of shoegaze bands in the city we live and moreover — there is a small quantity of shoegaze bands in Russia at all. Russia is just a big inspiring source of influence as itself: it's streets, people, and things that happen here can make you write good music or commit a suicide. Choose wisely

Q. Make a list of 5 albuns of all time…
3. Kurt:
Blur — Leisure
Dinosaur Jr. — You're Living All Over Me
Мотогонки — Между временем и ожиданием
Kill Holiday — Somewhere Between the Wrong Is Right
Hot Cross — Risk Revival

Q. How do you feel playing live?
4. With sweated arms and desert-dry throats

Q. How do you describe VVAIT sounds?
5. A chorusboosted swamp with mathy drowning tones

Q: Tell us about the process of recording the songs ?
6. It was all done at our friend's bedroom studio. The whole proccess of recording and mastering took 3 months. All the sound was taken from stompboxes and instruments we got, so no extra sounds were added with plug-ins, except for electric drums in the hidden track and the preset was called '80's Disco Drums'. Some of the tracks were revisited and re-recorded for several times because of replacements in our pedalboards.Drum lines were recorded with the help of Alexey Malakhov, the studio owner. He's kinda local Will Yip.


Q. Which new bands do you recommended?
7. Yegor: This is the most difficult question to answer, cause there is a flood of new bands, and most of them are not bad sounding, so it's harder and harder to get noticed and stand out of the crowd for all young bands in the world. So consequently, it's getting harder to say that you are hooked on some new band, after having a try of it. Answering this question I've got some tune stuck in my head, the track is called 'Horizons' by Tideland from their latest album 'Love Luster', but I can't say for sure that it's a new band.

Kurt: Can't distinguish a single band, or a musician, cause I hardly ever listen to music. Nevertheless, I would like to emphasize the phenomenon of devaluation of music, that is caused by the fact that recording processes and gear, that can help to start a recording process for your music project and deliver a message to the listeners, became too available nowadays. Having an eye-catching visual appearance like an album art, merch and video feed is what everybody cares about now.

Q: Which band would you love to made a cover version of?
8. Covers can be a great solution in those case when you want to fill a small live set, make it a bit longer, so yeah, we made somewhen a cover on that popular track 'Young Folks' in a grungy and noisy manner. Got no idea about next songs to make covers of. That definitely won't be a shoegaze band/song.

Q: What are your plans for the future?
9. We have some local gigs and maybe a gig in St. Petersburg in our plans. Work on some new tracks and get new experience with a new gear.