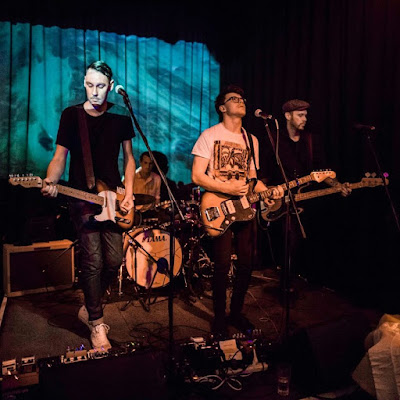 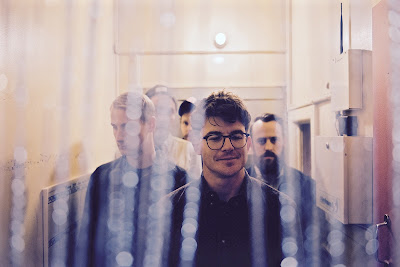 Q. When did North Arm start? Tell us about the history...
North Arm started off as a solo project in around 2013. I was in another band at the time however much of what I was writing wasn't suiting the direction that they were going in. So I decided to part ways with them and work on my own stuff full time.

The name, North Arm, is actually taken from the location where my family used to spend our school holidays. Many great memories there and it inspired much of the initial material.

Q: Who are your influences?
I'm influenced by a wide array of artists both old and new - I just like essential music that is a real game changer for me. So, I'd be lying if I didn't say that I formed a band because of Nirvana, Sonic Youth, the Pixies and the Breeders. I have a healthy respect for Radiohead, Blur and Pulp whilst at the same time inspired by the early Chemical Brothers releases and Daft Punk released. I'm an evergreen Beatles fanatic, but I also have time for REM, The Cure, Brian Jonestown Massacre, Modern Lovers, New Order, Joy Division, DJ Shadow, The Wu Tang Clan, Michael Jackson, the Lemonheads...

Also love the 80s indie stuff that emerged from The Go Betweens and The Church.

More recently I've been blown away by Tame Impala, Wild Nothing, Dearhunter, Cheatahs, Diiv, Jagwar Ma...and also Mac Demarco "2" was a big record for me.

Q. How do you feel playing live?
Love it! We have a 5 member line up now, so we're more faithfully representing the sound of our recorded material on stage. Everything is in there and everyone is really well rehearsed, so we love to play as many shows as possible these days.

Q. How do you describe North Arm sounds?
Hard to say exactly. Plenty have labelled it dream pop. Nostalgic is often used in connection with our sounds. I'd like to think of North Arm's sound as being pretty varied. I do try to work from the early takes of songs so that I can stay true to the original feeling of it.


Q: Tell us about the process of recording the album?
Well, for the most part I recorded my material in the front room of my house using whatever I had to hand. Guitars, synths, tambos, claps and clicks, a recorder, sleigh bells, drum machines and drums, samplers, whatever worked.

I took the rough mixes to a producer called J Walker and we put the finishing touches on the mixes including additional instruments and so on. That was a really rewarding process as I've been a long time fan of J Walker both as a producer but also his work as a musician in his seminal band, Machine Translations.

My Sydney favorites by far are Palms. They have a new record coming out soon. Also, I'm loving south coast bands like Shining Bird, Hockey Dad, Solid Effort and You Beauty.

In fact, you can't go wrong checking in on the rosters of the labels, Rice is Nice, I OH YOU, Spunk, Ivy League, Bedroom Suck, Chapter Music and No Safe Place. There's so much out there right now.

Q: Which bands would you love to make a cover version of?
Gee, we've been thinking about this for ages. We do a version of The Go Betweens, "Cattle and Cane". Otherwise, I have considered covering The Church, "Unguarded Moment", but I'm not sure that's one of Steve Kilby's favourites, so id probably give it a miss. Palms do a great version of "Malibu" by Hole that rules!

Q: What are your plans for the future?
Yeah, we're releasing a self-titled debut LP later this year. Looking like October.

Then I'm keen to head to Melbourne and work on some songs with some mates down there in late November. Out of that, I hope a single will emerge for release early next year.

Q: Any parting words?
Love to all in Brazil! Thank you for listening to my little songs.
*
*
*
Thanks