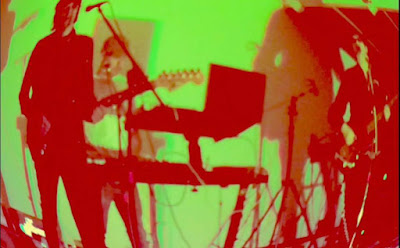 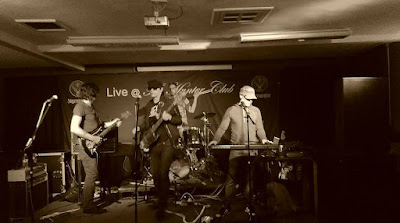 Q. When did so-called humans start? tell us about the history...
1. We started about 5/6 years ago as 3 friends messing about making demos. We then put together an lp of the demos and after it got quite well received by friends etc we got a full band ready to do some shows. A couple of years later we put together a more fully developed lp called "Hardwick Manor" and have continued since then to write, record and play live when able to.

Q: Who are your influences?
2. We have many and varied influences individually and collectively from across all genres and eras...a few in this band would be joy division, jesus and mary chain, stooges, pil, bowie, spacemen 3, deerhunter, brian jonestown massacre, northern soul and motown, the fall, lots of 60s music (beatles, stones, kinks, pretty things)

Q. How do you feel playing live?
4. we really enjoy playing live, even if sometimes you cant always get the sound you would want. when it all works there a fewer better feelings than being onstage with your friends making a righteous noise.

Q. How do you describe so-called humans sounds?
5. post punk with a dash of psych noise.


Q: Tell us about the process of recording the songs ?
6. we have generally recorded ourselves using a mix of computers and analogue techniques...it can be a long process sometimes to get it right but we like having the control and time not being a factor as it would be if paying for a recording studio. having said that we did record direct to tape in a recording studio for the drums on one of our more recent songs "bad blood".

Q. Which new bands do you recommended?
7. not sure how new but we like Proper Ornaments a lot and there is a new band from Colchester where we come from called Egyptian Blue who are great..

Q: Which band would you love to made a cover version of?
8. its hard cos most of the people we love are so definitive that i would be scared to do them a disservice by covering a song...maybe "big sky" by the kinks and turn the noise right up. }

Q: What are your plans for the future?
9. just keep having fun, writing, recording and playing live and try and get as many people to hear us as we can.

Q: Any parting words?
10. thanks for listening and keep on keeping on
*
*
*
Thanks