Get High with Tender Age - An Interview 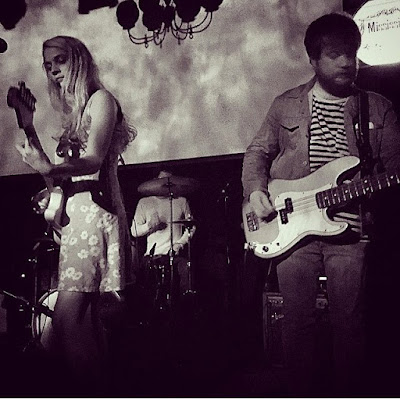 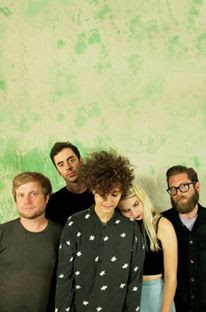 Q. When did Tender Age start? Tell us about the history...
"Portland-based quintet with a penchant for all things aurally disruptive. Formed in 2012 as a ramshackle group of friends with a love for 90’s sonics, 80’s palates and 60’s strings, they’ve evolved into one of the most promising acts in the Northwest music climate; despite a scene that’s grown decidedly more interested in well-groomed indie-rock and singer/songwriter drudgery. The combo of Tauna Leonardo, Bryan Robertson, Elaina Tardif, Nick Ferrucci and Christopher Klarer has generated a swirling-buzz based on their near-psychedelic sonics, determined live shows and DIY spirit. Coupling the release of a previous 7” single on a local indie-upstart and West Coast jaunts landing them on radio sessions for esteemed tastemaker Michael Stock’s acclaimed Part Time Punks, the band is now poised for a wider breakthrough in the form of their newest double A-side single for SINIS Recordings." -Mehran Azma (Sinis Recordings)

Q. How do you feel playing live?
It's a very emotionally disruptive, depleting, rewarding, physical experience that's always changing, evolving, digressing and challenging. We have a crazy collective freak energy reserve that comes out of nowhere every time we play a show. I'm always in a daze after and have no idea what just happened.


Q: Tell us about the process of recording the songs?
Our current system is to play and develop the songs through practices for shows overtime, then take it into the studio and track everything live except vocals. We overdub vocals and any additional instrumentation later. We've tried to do it this way so we retain as much of the energy from our live shows as possible for better or worse. We've got a good system and routine down though with Revolver Studios in Portland.

Q: Which bands would you love to make a cover version of?
the zombies "time of the season"
friend & lover "reach out of the darkness"
republica "ready to go"

our own arrangement of Bob Dylan's "Dont Think Twice, It's Alright"

Q: What´s the plan for the future....
We've got our new 7" out this month with SINIS RECORDINGS, doing a US tour to promote that in September & October. When we get back we'll be working on all kinds of goodies we'll be releasing throughout the rest of this year and early next year. Finishing up an album and maybe doing a special tape of rarities and live sessions w/ part time punks.
*
*
*
Thanks