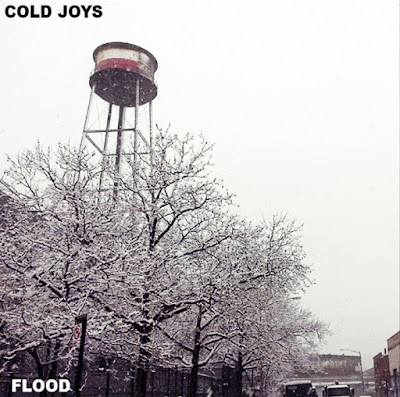 Q. When did Cold Joys start? Tell us about the history...
Cold Joys initially began as a continuation of a band I started called The Great Fire of Sixteen Sixty Six after the demise of Shiner in 2003. I’d moved from Kansas City to Brooklyn and found some new folks (Darren, Tim, & Luke) to play with. We holed up in our rehearsal spot and recorded there. After unearthing these recordings years later, we decided to use a different name, as it was quite different from 1666.

Q: Who are your influences?
Autolux, My Bloody Valentine, Swervedriver, Amusement Parks on Fire, Chavez (hence the name), and a bunch of other stuff.

Q. How do you feel playing live?
We never actually got around to playing out.

Q. How do you describe Cold Joys sounds?
I think it sounds like cold medicine and energy drinks at the same time.


Q: Tell us about the process of recording the songs ?
We set up mics in our practice space and went for it. It took a bit of time to get decent tracks so you couldn’t hear other bands, as our space was super small and surrounded by others. I tend to need deadlines to finish things or I’ll mess with them forever. Hence, this not going out for years and years.

Q: Which band would you love to made a cover version of?
Swervedriver - Never Lose That Feeling / Never Learn

Q: Whatt are your plans for the future?
I wish we could’ve done some shows, but we’re all spread across the country now with Tim and Luke in the NYC area, Darren in LA, and me in KC. I’ve been playing shows with SLM and Shiner.