Songs About Goo with Telefones - An Interview 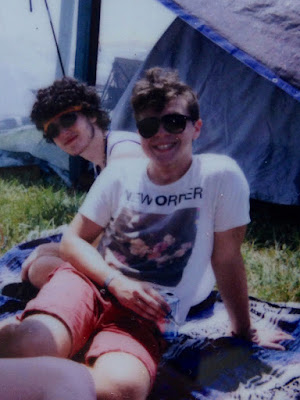 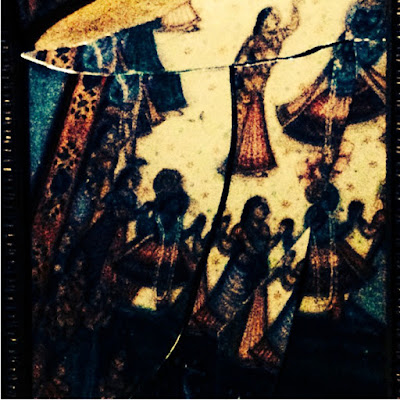 Q. When did Telefones started, tell us about the history...
WS: Telefones the band started way back in grade school when Jason and I, with the help of some of our first grade buddies, decided we wanted to be in a rock band. We had big aspirations but lacked the cohesiveness and talent back then to really do anything decent. At that time Jason’s primary instrument was keyboard and I was the guitar player. We decided to pit the band off for a little while until we got a little better at our instruments. Jason eventually picked up the bass, and me, I stayed on the old guiiiiitar. Over the years we jammed and influenced each others music taste, with some help from older siblings. Eventually at the end of the Summer of our Junior year J and I finally decided… it was time. We proceeded to play together again on regular occasion. Eventually we released our first very lofi EP 'Deaf Elderly' (sort of a play Sonic Youth haha). It was first released on bandcamp.com under the band name George. Later after we mixed it a liiiiittle better we decided to change the name to Telefones. There is no particular reason we are named Telefones, other than the fact that it’s easy to remember and at the time that we were deciding, one of us was looking at the old school telephone in my basement. Over this past summer we recruited our very good friend and drummer Evan ‘the G man’ Guillespie!!! (i think that's how it’s spelled). We had one release prior to 'Songs About GoO', but it was not satisfactory because we were not involved in the mixing at all. We recorded at the G man’s house and his dad audio engineered both projects. We released ’Songs About GoO. Since then we’ve just been playing some odd little shows and just trying to get our name out there. Sorry that was such a long answer haha. How’s that for a history lesson.

JC: It started when Wes and I met back in school years ago. We had always wanted to start a band but didn't get serious about until we began writing and jamming together about a year ago. We have hours of cassettes that we made during this time, but it wasn't until this summer that we formed Telefones and started writing more proper songs. We put our first EP up in May and have been recording and releasing as much as we can.

Q: Who are your influences?
WS: Some big influences on me are for one local Viet Cong, Women, Atlanta natives Deerhunter, The Velvet Underground, and Thee Oh Sees.

Q. Make a list of 5 albums of all time…
WS: Top 5 albums… funny Jason and I have been talking about this a lot lately. It really depends on the time of year or the mood I’m in. I’d definitely have to say number one always and forever ‘In The Aeroplane Over the Sea.’by Neutral Milk Hotel, next 'The Mollusk' by Ween, then 'Viet Cong' by Viet Cong, after that ‘Under The Bushes Under the Stars’ Guided By Voices, then number 5 probably Amnesiac by Radiohead or Pavement 'Wowee Zowee.’ But really that’s ever changing, it’s impossible to name just five!

JC: That's a tough question. If this was a top ten list I would just put Ween's whole discography, but excluding Ween, It's an ever changing list. If I had to pick 5 it would be:
1. 'In the Aeroplane Over the Sea' by Neutral Milk Hotel
2. 'Amnesiac' by Radiohead
3. 'Spirit of Eden' by Talk Talk
4. 'Cryptograms' by Deerhunter
5. 'Wowee Zowee' by Pavement

Q. How do you feel playing live?
WS: For the most part I like playing live if we are left to our own devices and we’ve got one or two people jammin in the crowd haha.

JC: I love playing live. We've only played a few shows around Atlanta so far, but we hope to tour at some point. Even if the crowd isn't digging it, it's still fun to play our music for other people.

Q. How do you describe Telefones sounds?
WS: Noisy, the more noise the better.


Q: Tell us about the process of recording the album?
WS: With the second release being so underwhelming to us (soon to be taken down from bandcamp), we decided to quickly write another album’s worth and mix it all ourselves, with help for Mr. G. We did the whole mixing process in one very long sleep deprived night. We even made the song ‘Huff’ that night as a celebration of our finishing of the rest of the album.

JC: Songs About Goo was recorded over about a week in our drummer Evan's basement. Wes and I wrote the songs on our own and then taught them to the rest of the band when we practiced. All the songs on the album came together in just a couple of days with our sound engineer, Mr. G. GoO is the first song Wes and I wrote together.

JC: The two newest bands that I've been into are King Gizzard and the Lizard Wizard and Viet Cong. These bands emerged within the past couple years and have been delivering some of the best music I've ever heard. Also Konvoi from Boone, NC, of course.

Q: Which bands would you love to make a cover version of?
WS: We’ve been talking about doing a Sonic Youth Cover, maybe Primus, Minutemen, or even a Ween cover. Also possibly Velvet Underground.

JC: I would love to cover Sonic YouTh or some Ween.

Q: What are your plans for the future?
WS: Plans are we keep playing as much as possible, commuting across state lines. Hopefully we’ll have some more songs to record in the Winter and we’ll probably have some shows in Nashville, Atlanta, and maybe the North Carolina area.

JC: We're already writing some new songs which we will record in the coming months. After that we will play some more shows wherever we can.

JC: Check us out on Twitter (@telefonesband), Facebook, and Bandcamp (telefones.bandcamp.com) for any new music we will be posting or show dates.
Boognish, mang.
*
*
*
Thanks