Hierarchy with Lightfoils - An Interview 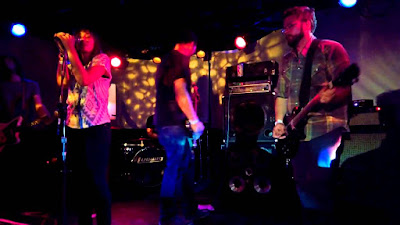 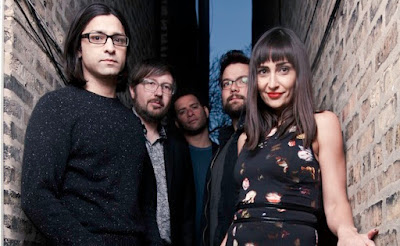 Q: When did Lightfoils start, tell us about the history...
A: We formed in late 2010. Cory and John (and Zeeshan, earlier) were in Airiel, and, after kicking around and doing some other projects and genres of music, decided to form a new shoegaze group. Shoegaze/dream pop was always a main influence of ours, and we wanted to make more music in that vein. Five years later, with some lineup changes, we are still here!

Q: Who are your influences?
A: Main influences are, of course, the “classic” shoegaze bands of the early 90’s, but we try to get inspiration from a lot of different sources. Some of us are more into post-rock, some like straight up modern pop music, some like ambient and psych. We try to meld them all together to create a sound that is our own.

Q. Make a list of 5 albums of all time…
A: If we’re talking about shoegaze, that would be a pretty easy list, and one that would have little variance between other such lists. I think everyone can agree on the top three best shoegaze albums being Ride “Nowhere,” MBV “Loveless,” and Slowdive “Souvlaki.” To fill in the other two, let’s say Pale Saints “The Comforts Of Madness” and Lush “Gala.”

Q. How do you feel playing live?
A: We are probably at our best live. We formed as a live band, and most of our songs are written and worked out in a practice room with the five members present. We use no sequencing, so everything you hear on the record we reproduce live with our instruments.


Q. How do you describe Lightfoils´ sounds?
A: A kaleidoscopic fog that you can get lost in. Airy, with a certain density. That classic shoegaze sound with a bit of a nip/tuck. Also, our recorded work is on I-Tunes/Spotify/Google Play, so your readers should just go check it out for themselves!

Q: Tell us about the process of recording the songs?
A: Our album “Hierarchy” took a long time to record. Basic tracks were recorded all of us in a room, together. Overdubs and vocals were recorded later. Sanford Parker did a great job recording and mixing it.

Q. Which new bands do you recommended
A: Cheahtas, Drape, Pinkshinyultrablast, Panda Riot.

Q: Which bands would you love to make a cover version of?
A: We could probably do a killer Kate Bush cover. Maybe “Hounds Of Love?”

Q: What are your plans for the future?
A: Writing/recording new songs, playing shows, having fun!

Q: Any parting words?
A: Thanks to all who listen to us! Please follow on Facebook/Twitter, and support local music!
*
*
*
Thanks