Set in Stone with Greybags - An Interview 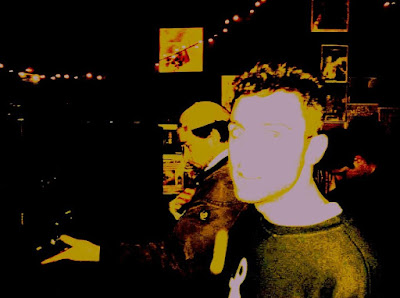 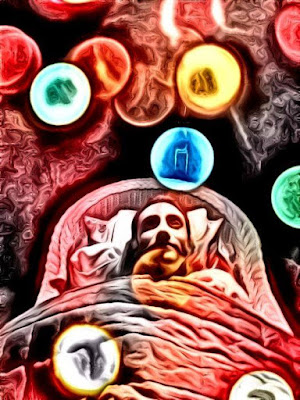 Q. When did Greybags start? tell us about the history…
A. Greybags has always been here, since the beginning of time, although I used to spend most of my time in other bands ... loads of other bands ... and it's only now that I don't do that, that the whole Greybags thing has had a chance to get going. And it's been liberating. Until recently, I was working with my brother who calls himself 'the Bugman,' but we have had to part company. He's dead to me.

Q: Who are your influences?
A. Syd Barrett, King Crimson, Blur… bloody hell, all sorts of stuff, all sorts of dream-pop, shoe gaze psychedelia and punk music. Into a lot of alternative pop music as well.

Q. Make a list of 5 albuns of all time…
A. I'm deadly serious about this:
'Good Morning, Midnight,' by Becky Becky;
'The Madcap Laughs' by Syd;
'Niandra Lades and Usually Just A T-Shirt,' by John Frusciante;

'If I could do it again I'd do it all over you,' by Caravan and god, there's a lot. But gun to the head, 'Drama of Exile' by Nico. The first Cribs album is dangerously close to being in that top five, and albums by Blur, Incredible String Band, Public Image Limited for christ's sake.

Q. How do you feel playing live?
A. PLaying live is alright. I realised that I disliked doing it when I was in other bands, but with Greybags it's fine. Greybags is more unhinged and open so it's great to perform this stuff.

Q. How do you describe Greybags sounds?
It's changing from song to song, but, it's all heading towards something along the lines of: alternative, psychedelic dream-pop with moments of punk thrown together. At the moment it's in a confused, incongruous way. Greybags probably needs a bit of direction to be honest. I could take it in a number of ways, but i'm not sure which. I've got about 25 songs i'd like to record, and there is probably about 4 or 5's Eps which would be described differently. I can see/hear the common thread between them in my mind though. I hope I can get it all recorded and tie it together.


Q: Tell us about the process of recording the songs ?
A. Ideas come about in the most adhoc, scruffy way imaginable sometimes and then I just build on them. I used to use a boss 8 track, and now I just use a laptop. My approach is haphazard. I don't really know much about recording, but I try to get stuff down. The best thing about recording is the song writing process continues the whole time I record. Good stuff appears spontaneously and naturally even when I'm recording. Songs actually get written and arranged when recording. I try to keep it as open as possible. To be honest, I don't know what I'm doing with it.

Q. Which new bands do you recommended?
A. This is the most important question, because I am in a continuous state of 'buzz' at the moment from such good new music. Stuff, I swear could easily be in your top 5 albums question, such as Becky Becky who I mentioned. Others to mention are: Bat-Bike, Will Shimmer, Pit Ponies, Morningface, The Stayaways aka Dreamdogs, Psychic Soviets (Their album 'Eight and a half on each foot' could easily be in top five albums .) Blouse, Pet Grotesque, Xeno and Oaklander, Honeyslide. There's loads more I can't think of at the moment. It's worth mentioning Bat-Bikes new album that's coming out in a couple of months. I heard a couple of tracks from it, very excited mate.

Q: Which band would you love to made a cover version of?
I used to want to cover 'Bike' by Pink FLoyd but I don't want to do that anymore. I want to cover 'Videotapes' by Blouse.