Coolboy with Oyama -- An Interview 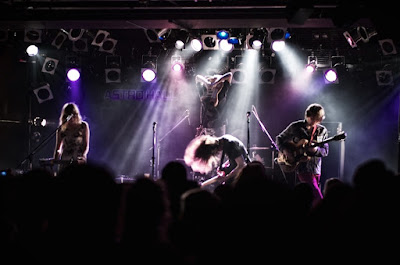 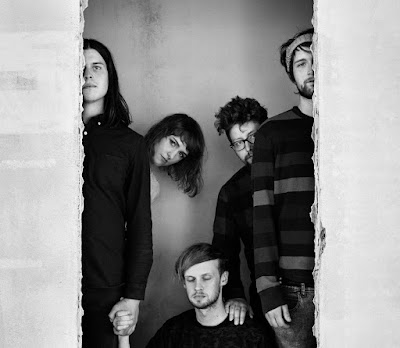 Q. When did Oyama start? Tell us about the history...
A few years ago, I realised that I had been in bands for many years but none of them played my favourite kind of music, which is the kind that Oyama plays. So I called up the best people I knew in the Icelandic indie/underground scene and Oyama was born. We've been playing together since at least 2012.

Q: Who are your influences?
A lot of my (and all of ours) favourite influences are 90's alternative rock; My Bloody Valentine, Dinosaur Junior, Sonic Youth, Pixies, etc. We've loved these bands since we were teenagers, probably because of their interesting soundscapes and honest melodies.

Q. Make a list of 5 albums of all time…
Hmm, that's a hard question. Here are at least 5 albums that were a big influence on me and the stuff we do with Oyama.
- My Bloody Valentine - Isn't Anything
- Neutral Milk Hotel - In an aeroplane over the sea
- Smiths - Hatful of hollow
- Pixies - Surfer Rosa / Doolitle
- The Microphones - Mt. Eerie EP

Q. How do you feel playing live?
Playing live is always fun. I think there is some energy in our music that is hard to capture on tape that is more prominent in live performances.

Q. How do you describe Oyama sounds?
We've got a dream-pop shoegaze sound going on I think, sometimes kind of like 90's indie rock.


Q: Tell us about the process of recording the album?
We wrote the song over period of 1 year and recorded and mixed the album from March to September in 2014. We recorded bass and drums (plus some guitars and mellotron) in Sundlaugin studio, but most of everything else in Kári’s (our guitar player) studio. We also mixed and recorded a lot ourselves at his place which was fun but very demanding at times. Pétur Ben produced the album, and we recorded some stuff at his studio also. It was so nice to have him with us; he offered a unique viewpoint of our new songs, that we hadn’t considered, and helped us explore the tracks to their fullest potential.

Q. Which new bands do you recommended
I like Unknown Mortal Orchestra, they have a very neat sound.

Q: Which bands would you love to make a cover version of?
I would love to cover a 80's pop ballad, maybe something from Tears for Fears. I like them.

Q: What are your plans for the future?
We've just started recording stuff for our second full length album and we're playing Iceland Airwaves in November, which is always fun.