Contender with Pure Morning - An Interview 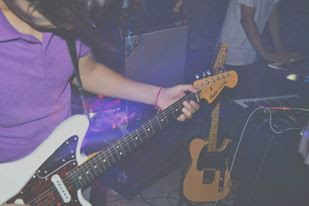 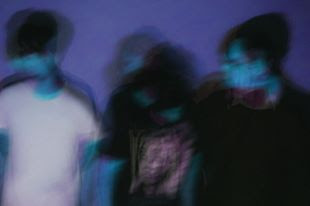 Q. When did Pure Morning start? tell us about the history...
⁃ Jesús Pure Morning actually started this year in February. We had been (Mario and I, Jesús).  Rehearsing with different members playing some dreampop tunes over the last year. As a matter of  fact, in mid-2014 we recorded an EP that never came out because we didn't have a neither a vocalist  nor bass player haha but; the current line-up (except Orlando), began since February.

Q: Who are your influences?
Jesús: We have a lot of influences, a lot of bands and musicians, we could say that it goes from The Smiths to Radiohead, but I think that the most notable influences on this album (The Broadcasting Department Of Philadelphia) are The Field Mice, Another Sunny Day, Slowdive, and The Pains of Being Pure at Heart. Sarah Records with no doubt has been a strong influence aswell haha.

Q. Make a list of 5 albums of all time…
Orlando: It's a hard question; I guess everyone in the band has their fav album, right? Haha we could answer in this way:

Q. How do you feel playing live?
Mario: Playing live is always a feeling that traps me, I get lost in the moment. On stage my mind is nowhere else, just there doing what I love.

Jesús: Playing for a new crowd will always be a pleasure, that's what makes rehearsal worthy every day, coming to the show; it’s my favorite part of the job.

Marco: When I play, I like to feel myself part of the songs, of the music, I let myself follow the rhythm, of what music makes me feel in the moment, it's hard to explain, but I had to say it to you in one word: ‘Liberty’.

Orlando: The experience of playing live is the way I choose to express completely all of my feelings, it's a kind of like a therapy in which I can organize my thoughts. I say everything I want to say, the only thing is that I'm speaking music trough my instrument. It’s fun, I love it.

Q. How do you describe Pure Morning sounds?
Mario: I think the sound of the band is really related to the way we feel playing our music on stage, the fact that we're friends and brothers before band mates or coworkers. It's something that wraps us and makes us feel dreaming. But, if we were referring strictly to our style or sound, we could say that it's Tweegaze, a mix of Tweepop and Shoegaze.

Q. Which new bands do you recommended?
Marco: There are a lot of new bands that, personally, I think are great and are pleasurable to listen to, It influences the way I play my instrument; Which is what I intend to express in Pure Morning. But; I'd like to point out to 2 Mexican bands. One of them is Carnival Animals, they're from our born city (Culiacán, Sinaloa), and to me, they were the first band playing sort of shoegaze and noise pop in our city. They opened up the way in our scene. They've just launched their new EP (Dejar el Cuerpo), something darker, noisier. The second band is Milt Field, from Tijuana, a band that has been given the people something to talk about, great things in store for them.

Q: Which band would you love to made a cover version of?
Marco: I'd like to play any Slowdive song, maybe 'When the sun hits' because it's a brilliant track, one of the most 'feeling' tracks i've ever heard.

Jesús: In fact, we've been playing a cover, just in a few shows, 'Emma's House' by The Field Mice. One of my fav tracks of all time.


Q: Tell us about the process of recording the songs ?
Jesús: Haha, the recording process is done in my house. There I have a little home-studio, in which I record demo tapes, and then I send them to everyone in the band, later, in rehearsals or in their respective houses, everyone makes their part. And whenever we’re ready to record, we simply sit down one day, grab a couple of beers and well, we record! We do it song by song. We don’t stress out finding someone to record us or worry about the money to pay for time in a studio, and that is a great advantage that we have when it comes to recording, everything just comes out a lot more natural.z

Q: What are your plans for the future....
Orlando: We are currently promoting our first album 'The Broadcasting Department Of Philadelphia' and second single 'Louder'; we really enjoy the feedback that it is having, especially outside Mexico. We have just begun to write what will be our first EP and second album; we plan that it will come through at the end of this year and it will consist of 5 songs. We want to go out and play in as many festivals as we can; we really like de idea of playing for new people always in new cities. That’s what we expect to do in the nearby future.

Q: Final words:
Jesús: We would like to greatly appreciate all of the people who have supported us with a Facebook like all the way to those who have even paid for our work buying our album, even though it’s not necessary to download it, again thank you! We really enjoy making new friends along the road, wherever we go, if you see us in a show don’t doubt on coming up to us to talk! We will see each other very soon on stage. Thank you very much for this space, Renato! Cheers.
*
*
*
Thanks