Just Love with The Philter - An Interview 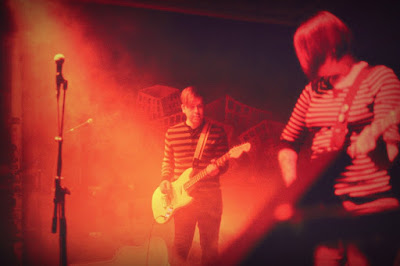 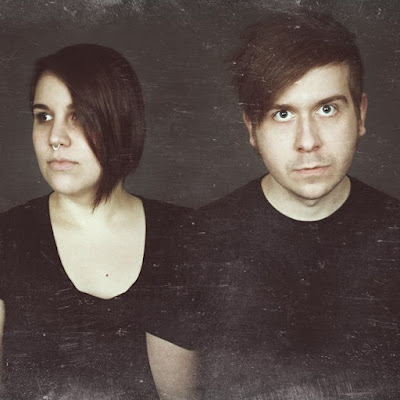 Q. When did The Philter start? tell us about the history...
The Philter started early 2010. Nik's last band had recently broken up and The Philter was started, kind of, in a way, that was meant as a continuation of that. Though, it quickly changed from very straight forward surf-rock to more new-wave, shoegaze and noise influenced music.

Q: Who are your influences?
The Shadows, The Jesus and Mary Chain, Depeche Mode, New Order, Del Shannon, Dick Dale, My Bloody Valentine. Those are mostly our "real" or "actual" influences, though many newer groups/ artists influence us as well as certain songs or riffs, kind of, inspire us. We have been loving the first Truls album as well as a lot of what A Place to Bury strangers have been doing.

Q. Make a list of 5 albums of all time…
There are hundreds of records we love and revere highly and we each have our own top 5. But as a band and in no particular order:
Depeche Mode - Playing the Angel
Henry's Dress - Henry's Dress
Joy Division - Unknown Pleasures
Placebo - Without You I'm Nothing
Misfits - Static Age

Q. How do you feel playing live?
We love playing live! We know we don't blow anyone away with our performances or stage shows but it is really fun and cathartic. Plus it is fun to just be able to have more room to move around than at rehearsals. Being able to see people enjoying your music is a big plus as well.

Q. How do you describe The Philter's sound?
We definitely still would say we have a surf aspect to our sound but are more new wave and shoegaze now. Tons of reverb, fuzz, drum machines, synths, distant sounding vocal parts. We have been using the phrase "surf-gaze".


Q: Tell us about the process of recording the songs ?
Nik usually writes chord progressions, lyrics and structures, then we program drums and synths. Maybe other guitar or bass parts as well. Nik has been figuring and working on simple and efficient ways to record for years and we can finally do everything, pretty much, straight into the computer. We use mixing templates we have been working on and "perfecting" for quite a while. Recording a song takes about an hour now, from programming drums to being finished. We know our recordings aren't perfect but we like how they sound.

Q. Which new bands do you recommended?
We don't know how "new" you mean but some newer bands/ acts we have really been digging lately are: Gliss, Grave Babies, Alvvays, Fleeting Joys, Chromatics, Pg.Lost, Cold Mailman, Mew, Opale, Truls and Alcest.

Q: Which band would you love to make a cover version of?
We don't do many covers. There are some songs we have covered like "Space Age Love Song" by A Flock of Seagulls and "They Walked in Line" by joy Division but we have really been wanting to a cover of "Don't Change" by INXS, lately. Maybe "No Milk Today" by Hermans Hermits. 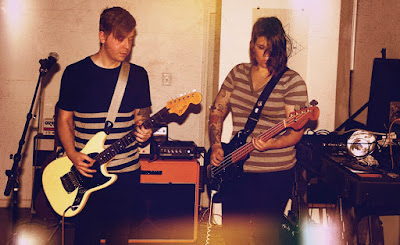 Q: What are your plans for the future?
There are really no plans for the future other than stay the course. We will continue to write and record and play shows for as long as it makes sense to us. Maybe we will try to get out of town more often. Play outside of Detroit and Michigan. See more of the world haha.

Q: Any parting words?
Not much, really. We are glad some people can enjoy our music and are thankful that there are people out there, like the people running this blog, that are interested and pro-active enough to spread the word! Thanks! Let us know if we can be of service.
*
*
*
Thanks