Can't Come Down with The Electric Lazarus - An Interview 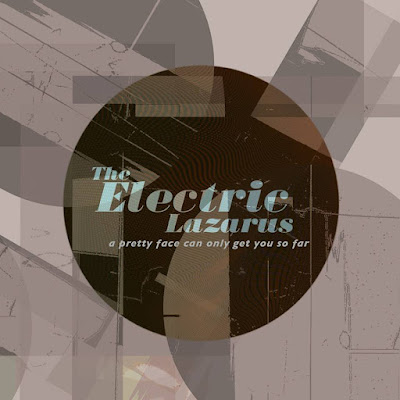 Q. When did The Electric Lazarus start? Tell us about the history...
The Electric Lazarus started when my previous band The Balcony Stars went on an indefinite break . At the moment it's really a solo thing , but rather than be just Andy Pringle I thought a band name would work better . The first single is called 'Can't come down ' together with 'A pretty face can only get you so far ' . It is released on 7th September as a limited edition cassette released by Liverpool record label Blak Hand Records and as a download through all the usual digital stores.

Q: Who are your influences?
I've got a wide range of influences going from the 50's to today but the best eras for me are 1966 - 69 and 1976 - 81 .The sound of the Electric Lazarus stems from those periods .60's psychedelia ,The Velvet Underground ,Phil Spector ,Scott Walker ,Lee Hazelwood and the post punk of The Bunnymen ,Joy Division ,Neu ,Cabaret Voltaire .

Q. How do you describe The Electric Lazarus sounds?
The sound I'm looking for is a rhythmic ,fairly dark but hopefully cool sounding mix of all these influences .

Q: Tell us about the process of recording the songs ?
The recording process for the songs ive recorded with The Electric Lazarus is fairly drawn out because I'm doing all the music and vocals .so it was just me and engineer Jon Withnall . I'd get the drum and bass tracks down then built multiple guitar layers . Then add percussion tracks with whatever was lying round the studio , so we've got tambourine , maracas , shakers , xylophone and wood blocks . Then vocals are on top .I like to spend quite a long time on the mixing and get several different mixes .. Listen to them for a few days then comeback and maybe change things up a bit .

Q. Which new bands do you recommended?
The new bands I'd recommend probably aren't that new but I've just caught up with them including The Vacant Lots ,Sonic Jesus ,Allah las and Hooton tennis club from closer to home .


Q: Which band would you love to made a cover version of?
Would love to record an Echo and the Bunnymen cover and hopefully with The Blog That Celebrates Itself, I'll be doing one of their songs on a tribute album next year .

Q: What are your plans for the future?
The immediate plans for the band is to release the Can't come down single and them I've got a track 'Insanity girl ' on a compilation called 'Blak rainbow ' on Blak hand records . Then going into 2016 there will another single and hopefully an album . I'd like to see The Electric Lazarus become a fully fleshed out band and start playing live .

Q: Any parting words?
Please check out the video to the new single . It's a psychedelic visual treat .made by Dan Hewitson at Freakbeat films . Peace
*
*
*
Thanks