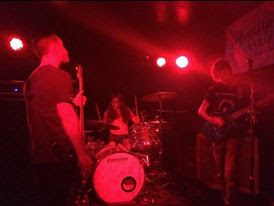 E a saga do TBTCI continua. 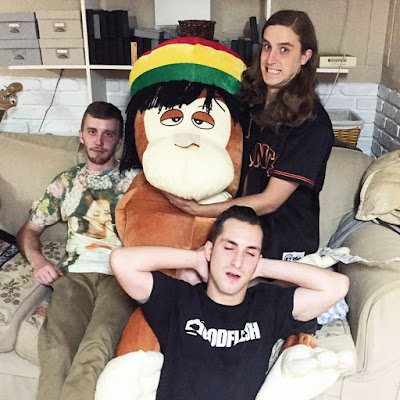 Q. When did Petal Head start? Tell us about the history...

Petal head started in the spring of 2014 by me (Michael, guitarist and singer) I had been working on some solo stuff for awhile and had been trying to get a band together. I started jamming with Bcox on drums we wrote a few songs before we added Andy on bass. We decided to remain a trio

Q: Who are your influences?
Some of our influences include My Bloody Valentine, Dinosaur jr, Sleep, Meshuggah, Obituary, Slowdive, Poison idea. I could name bands forever haha

There's way more albums I love but those are up there

Q. How do you feel playing live?
Playing live is great. It is one of the only times when I truly feel like me. Everyone in the room disappears and the only people that exist in that moment of time are the 3 of us

Q. How do you describe Petal Head sounds?
I like to keep it super bass heavy and fuzzy. Melodic a good amount of the time but also touching on some stoner metal influence. I grew up listening to a lot of classic rock and metal that most definitely effects the sound of the band


Q: Tell us about the process of recording the album?
We had tried to record a few eps through out the year but we were never happy with how they came out so we just never released anything. After working on some thing we decided to hit up Phil Douglas of the band Iron Chic to record us. Recording the album was a little stressful at first but it turned into an awesome experience. The music itself was recorded pretty quick but a lot of the post recording stuff like mixing and mastering was a little slower because Phil had to leave for a tour. But we were very patient

Q: Which bands would you love to make a cover version of?
We've been talking about covering Just What I Needed by The Cars for awhile

Q: What are your plans for the future?
Most importantly playing shows and getting ourselves out there. Hopefully a tour in the near future. Dead Broke Records will be putting out the album on cassette tape

Q: Any parting words?
Shout out to Selden
*
*
*
Thanks