No Good Trying with Soft Blonde - An Interview 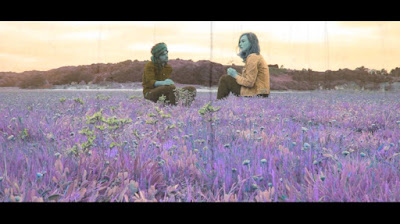 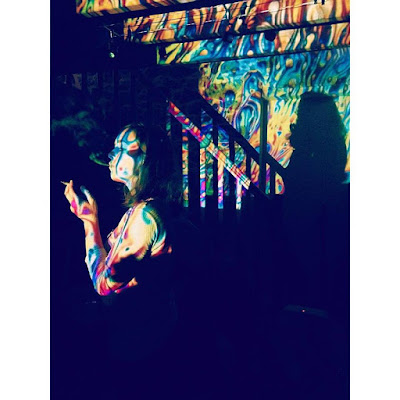 Q. When did Soft Blonde start? Tell us about the history...
Soft Blonde is our brother-sister project, the music we’ve been jamming for years in our native paradise in the north west of France. Last summer, after piling different kind of synths, guitars and machines we decided to substantiate all that stuff in a cool musical project. We started to record demos on our own. Meanwhile Clement was learning how to play drums, we eventually got cool drum patterns. After weeks (perhaps months ? … ahah) of hard work we started to record our debut E.P. coproduced and mixed by Mathieu Gaud. After it was released, we’ve been invited by the french music art collective Nothing.

Q: Who are your influences?
Our spectrum of influence is quiet large. Actually, we do love early Tame Impala, Kevin Parker’s work on sound, melodies and … drums is basically amazing. We are huge fans of 90’s indie forerunner bands like Broadcast or Blonde Redhead especially for their ability to create arty noisy pop songs sometimes flirting with baroque pop. Shoegaze has been really important to us when we’ve had to incorporate Coline’s soft voice into huge walls of flangy-fuzzy guitar. At last we love Connan Mockasin, never ask why, he basically is a genius.

Q. How do you feel playing live?
We just started playing live with this project, so it’s a bit early to describe how it feels apart from saying that we enjoy it !


Q: Tell us about the process of recording the songs ?
We compose and record in the same time. That’s oftenly the same story, Clement thinks of a guitar theme or complete song then we play it synth-drums and start to shape it. After tries and fails and just before it becomes mental we record it and share it with our closest mates. Till now we’ve been assisted by our sound ingeneer and producer Mathieu Gaud for official releases.

Q. Which new bands do you recommended?
We do recommand French pop bands like Forever Pavot or anything else on the french label Born Bad Records. You also may love our friends Same Old Band ’s debut album, more psychedelic rock sounding. At last we may recommand our collective’s bands such as Venera 4, Marble Arch, Maria False, Des Roses …

Q: Which band would you love to made a cover version of?
We play Caribou’s song Melody Day live … Electronica side.

Q: What are your plans for the future....
We are still working on our first album while playing live with Thibault Le Roux (Drums) and Maxime Robert (Bass). We hope new songs will be out soon.
*
*
*
https://soundcloud.com/soft-blonde
https://softblonde.bandcamp.com
https://www.facebook.com/pages/Soft-Blonde
Postado por TBTCI às 12:05