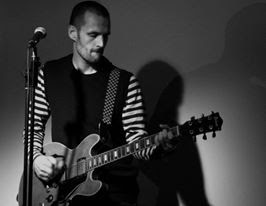 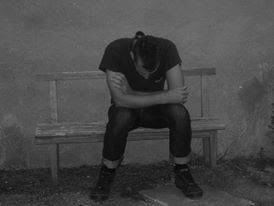 Q. When did Follow Me Not start? Tell us about the history...
Since i learned to play guitar, I write songs. But it was only many years later, in 2009 that i decided to recorded and released it. It was the start of Follow Me Not project. Since this date, i’ve released few Eps and 4 albums. Every records are on my bandcamp page.

Q: Who are your influences?
When i was learning to play guitar, i’ve played a lot Bob Dylan, Neil Young, Leonard Cohen songs. But the band which mainly influenced me is definitly The Cure. I’m a huge fan since many years. Obviously, after The Cure i started to listen to Joy Division, Echo And The Bunnymen, Cocteau Twins, Siouxsie And The Banshees and all the dark scene (The Sisters Of Mercy, Bauhaus, Christian Death, Virgin Prunes, Clan Of Xymox…) I’ve also listened (until today) a lot to indie / shoegaze bands (The Jesus And Mary Chain, My Bloody Valentine, Ride, Lush, Pale Saints, Slowdive,...) and still appreciate Punk Rock / Oi music (Ramones, Uk Subs, Exploited, Business, Camera Silens…) I think all these bands are influencing my music to different levels.

Q. Make a list of 5 albums of all time…
The Cure - Disintegration
Sophia - There Are No Goodbyes
The Jesus And Mary Chain - Psychocandy
Raveonettes - Raven In The Grave
Sigur Ros - ()

Q. How do you feel playing live?
The first (last & always ?) gig i made was for a private party with my friends. I played my songs with my electric guitar, few pedal effects and an old drum machine. It was stressfull but funny . Q. How do you describe Follow Me Not sounds? Atmospheric synths, fuzzy distorsed guitars mixed with acoustic guitars, haunted voices...


Q: Tell us about the process of recording the songs ?
Most of the songs are composed with a acoustic guitar. I firstly record the rythmic part (drums and basse) then i try different arrangements (synth, piano, guitars riffs…) I record at home so i have plenty of time to experiment. it’s a long process until i ‘m ready to release the song. Of course the sound is important but it doesn’t make a good song. Many bands try to hide a lack of songwriting behind a wall of sound. To me it is first important to have a good melody.

Q. Which new bands do you recommended?
They are not really new bands as they released few albums but i think they are the most recent bands i listen : Crocodiles, The Soft Moon, Frustration, Pains Of Being Pure At Heart, The Drums

Q: Which band would you love to made a cover version of?
I love to play covers. I’ve already recorded covers of Nick Cave, The Jesus And Mary Chain, Sophia, Daniel Darc, Daniel Johnston… i would love to make a cover of a Sigur Ros song but i would be difficult to sing in icelandic !

Q: What are your plans for the future?
I recently released (only in digital) a new EP “Where’s your heart ?” on Unknown Pleasures Records, a young french label which have released good bands as Adan & Isle and Waterwalls I nearly finished to record my new album which is called “Nothing Comes With A Smile”. I think this is the most accomplished record i made, with powerful and catchy songs i’m looking forward to release. There will be a physical release because i am really attached to the album as a object that you can hold in the hand. I don’t know yet the date of the release and if it will be a self product or not. The easy way to be informed is to follow me on facebook.

Q: Any parting words?
Thank you for the interview
*
*
*
Thanks