Witch Trials with Traitrs - An Interview 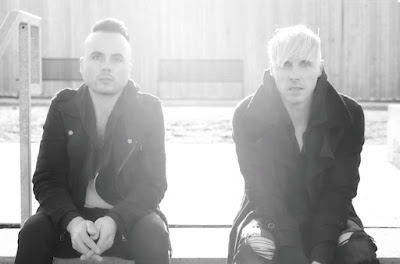 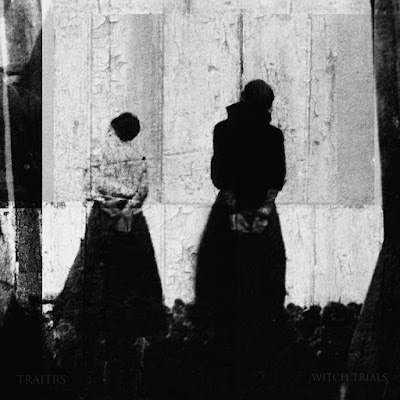 Q. When did Traitrs start? Tell us about the history...
Nolan: We started Traitrs in early 2015. We love a wide variety of artists but our first and main love has always been the post-punk and cold wave bands from the late 70s and early 80s. Our sound came together naturally and easily. We locked ourselves in my apartment and wrote dozens of songs for months and months. By November 2015 we had enough material for an album so we contacted James Lindsay at Pleasence Records. We only had a handful of labels we were interested in working with and Pleasence was one of them. He signed us after hearing only one song, "Witch Trials". He loved the song and offered us a contract after our first meeting with him. Without James taking a chance on us, it's hard to foresee where we would have landed. We owe so much to him and the amazing team he works with.

Q: Who are your influences?
Nolan: The obvious influences that come to mind are bands like The Sound, early Cure, Bauhaus, Asylum Party, The Opposition etc. They were the bands we were listening to the most early on. We also wanted to incorporate a lot of tribal rhythms in Traitrs, so when I was working on our drum beats and sounds I was listening to a lot of Southern Death Cult, the first two Dead Can Dance albums, "Hidden" by These New Puritans as well as a lot of Aboriginal and Native American drum circles. For us the drums are where every track starts so they're the most crucial component. Everything else falls into place around them.

Q. Make a list of 5 albums of all time…
Nolan: That is a really tough call. On different days different bands and records hit you a certain way depending on your mood, head space etc. But the 5 albums that immediately come to mind without overthinking it are:
1. The Smiths "The Queen Is Dead"
2. The Sound "From The Lion's Mouth"
3. Hüsker Dü "Zen Arcade"
4. The Cure "Pornography"
5. Pixies "Doolittle"

I have to include honourable mentions to artists like Fugazi, Bad Brains, Mogwai, These New Puritans, Bauhaus. There really are way too many to mention.

Tucker: 1. The Opposition - Breaking the Silence. This is an overlooked masterpiece in my eyes. It's everything I look for in a record. Cold and icy, poor and broken, fragile and angry. Post punks finest. 1. The Smiths - Hatful of Hollow. Perfect. Scarily perfect.
2. The Cure - Disintegration. !!!
3. The Cult - Dreamtime
4. I need to leave this spot to all my other favourite albums!


Q. How do you feel playing live?
Nolan: We'll let you know after we play our first show on Friday April 8th at Double Double Land in Toronto with Nailbiter and Pavilion. We feel really good about it.

Q: Tell us about the process of recording the songs ?
Nolan: We recorded our new album "Rites And Ritual" at Candle Recording in Toronto with our good friend Josh Korody. There's just something about that studio, it's unexplainable. From the very first time we recorded there, we felt a seriously good vibe. So many amazing artists have recorded at Candle, it feels like the walls have absorbed the positive energy. You feel it the second you walk in. We recorded 2 tracks in August and the remaining 5 songs in January. Shawn and I always come into recording obsessively prepared because we can't afford to fuck around and waste time. The days are long and the workload is intense but we always have a good laugh and take the piss out of each other. The mood is light and fun despite the music being so dark.

Q. Which new bands do you recommend?
Nolan: There is an incredible DIY scene here in Toronto with far too many bands and artists to mention. The local scene here is really starting to explode so anything that comes out on Buzz Records, Pleasence Records, Hand Drawn Dracula etc is guaranteed to be worth a listen. Odonis Odonis, Beliefs, Weaves, Pup, Fake Palms, Greys, Vallens, too many to name. We're really fortunate to live in this city and have these great bands at our fingertips. Tucker: Italy has an amazing post-punk scene that's really blowing up at the moment from Soviet Soviet, Branches and Japan Suicide. Turkey's She Past Away, Russia's In a Lonely Place and Brandenburg, UK's Black Ben Carson, Sweden's RA, France's White Night Ghost USA's Soft Kill.

Q: Which band would you love to made a cover version of?
One song that we always talk about covering is Hüsker Dü's "Something I Learned Today". I think we could do a killer version of that song.

Q: What are your plans for the future?
An incredible Italian artist named Francesco Brunotti is doing a music video for our first single "Witch Trials" which should be out soon. He's done some great videos for bands like Japan Suicide, 3Teeth. The video is visually stunning; we're so stoked for it to come out. Francesco is so talented and has been amazing to work with. Our album "Rites And Ritual" comes out on Pleasence Records digitally and on cassette on June 24. Then in July we're embarking on a cross Canada tour. Those dates should be announced shortly. Meanwhile we have our first show coming up on April 8th at Double Double Land with Nailbiter and Pavilion. That show is going to be great.
*
*
*
Thanks