Modern Sleep with The Dancing Plague of 1518 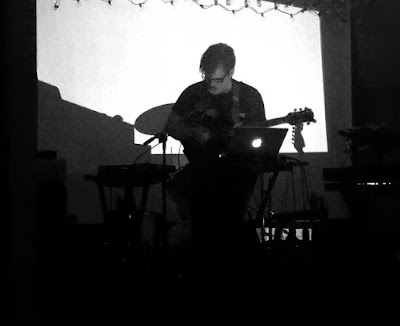 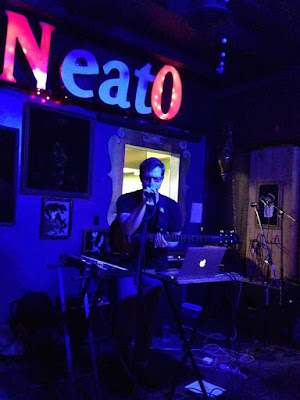 Q. When did The Dancing Plague of 1518 start? Tell us about the history...
A: This project started less than a year ago back in July of 2015. I've been in a band for the past 3-4 years called Sea Giant that's been pretty great but I had plans for a while to start a solo endeavor just out of necessity to explore some other musical fancies and approaches. Getting the project actually going was slow-moving though until I got asked to play a show in early July. So it pushed me to write a four song set in a matter of a couple weeks. There's only like one of those songs that's actually decent and that I still actually play but the experience gave me that little push I needed. A week after the first show I released an EP called Sunless that I recorded in like three days. It's really bad. The newer recordings are a better representation. From there I started playing a lot of shows, one or two a month from then on which was awesome and I've been playing and releasing stuff since then.

Q: Who are your influences?
A: Many many things. Brian Wilson, Joy Division, Viet Cong, Black Sabbath, Beach House, Neutral Milk Hotel, Wolf Parade and anything Spencer Krug does, Lowlife, Jesus and Mary Chain, The Cure, Alex Cameron. But I'm also heavily inspired by my friends and smaller bands around my area in the Pacific Northwest of the United States like Paisley Devil, Versing, Little Child Man, Marriage + Cancer, youryoungbody, Nostalgist and pretty much everyone in my hometown of Spokane, WA. There are tons of awesome musicians here doing super cool things.

Q. Make a list of 5 albums of all time…
A: Oh man, that's impossible haha but I'll give it a shot (in no particular order):
1. "Pet Sounds" by The Beach Boys
2. "Apologies to the Queen Mary" by Wolf Parade
3. "In the Aeroplane Over The Sea" by Neutral Milk Hotel
4. "Viet Cong" by Viet Cong
5. "Unknown Pleasures" by Joy Division

There's hundreds more, I'm not even confident with those five. Narrowing it down to only five albums is not easy.

Q. How do you feel playing live?
A: I think my music exists best live. Playing shows is my favorite thing in the world. The writing and recording process is obviously awesome too but playing live is where the true energy and life of music lays. Being on stage sharing my music with people is my only way to express my art visually as well as audibly.

Q. How do you describe The Dancing Plague of 1518 sounds?
A: I don't know, I'm constantly trying new things and experimenting with different ideas, so basically I just label it as electronic dream pop because I feel like that's more of a broad genre that could encompass a lot of what I do. I usually keep it all within the confines of dreamy/shoegaze styles with heavy reverb and really washed out vocals.


Q: Tell us about the process of recording the songs ?
A: I record all of my stuff in my bedroom using a MacBook Pro, Pro Tools 11 Software, and a Focusrite Scarlett 18i8 audio interface. Once the song is completely written I usually just record each element individually and sculpt the song from the bottom up starting with all of the drum parts individually using an Akai XR20 drum machine, then add whatever other elements the song has, i.e. synth, guitar, MIDI data, with the vocals being recorded last in a makeshift vocal booth I made in my closet using couch cushions.

Q. Which new bands do you recommend?
A: Right now I highly recommend Operators, they're a new electro pop project by Dan Boeckner of Wolf Parade, they just released their first album, Blue Wave. Also I'm heavily into Viet Cong from Canada, they're fairly new but they're already one of my favorite bands, their debut album came out last year and it's one of the best albums I've ever heard. Those two aren't really super new but others that I recommend that are a bit fresher are Technological Taxidermy, which is a brand new project by my friend Tobias Hendrickson, and Jordan, Minnesota, which is a local Spokane two-piece that is pretty new and I dig a lot.

Q: Which band would you love to make a cover version of?
A: Well I have recorded a cover of "Wouldn't It Be Nice" by The Beach Boys for a compilation I did for a music collective I'm a part of and I've also attempted covering "You Can Call Me Al" by Paul Simon but it failed miserably. But other then those I don't have much interest in doing covers but maybe something by Joy Division.

Q: What are your plans for the future?
A: play as many shows as possible and release as much stuff as possible. I'm going on tour at the end of June right after I graduate from College and that'll be my first tour with The Dancing Plague of 1518. Then I plan on touring with DP as much as possible from then on. I'm doing a split EP with my friend Paisley Devil and I'm working on songs for a new solo EP that'll be out soon as well and I'm probably going to have my two new singles remixed and remastered by my friend, Ramsey who also so happens to be Paisley Devil. Just trying to tour and build up a good resume so I can eventually try to sign with a booking agency so I don't have to book my own tours, which is super fun right now but I'm sure a few years down the line it will get tiring.

Q: Any parting words?
A: Thanks for having me and for listening to the songs, I really appreciate it!
*
*
*
Thanks