Mosses with Evvolves - An Interview 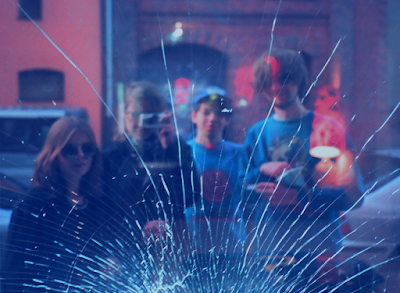 
Q. Hello friends, first congratulations on the new album, it's really brilliant, what is your analysis after conclusion of album?
Magda: Thanks! Glad you like it. I'm happy that we've managed to put it out in such a short period of time between finishing writing new songs and recording them on cassettes. We need to thank Asia and Emil from Jasień for motivating us. I'm glad that it's out there and I hope it would be a nice soundtrack for someone's lonely walk from a party, first date in a park or late night skateboarding cruises through the city.

Paweł: It was fun. The album is pensive and melancholic, and this is ok. It was meant to be that.

Q. Are you happy with the result?
Paweł: I'm really satisfied with the results. I wanted to record a more consistent, focused on sound degradation, gloomy, experimental and psychedelic album. In my opinion we succeeded.

Q. How was the process of creating ‘Mosses’?
Paweł: It sounds the way it does to great merit of our producer Piotr Szwajgier, vocalist and guitarist of a Warsaw based band Den Drones, who helped us an awful lot with creating our album. Not only when it comes to recording and mixing, he was also throwing ideas, helping us to achieve the sound we like and he even joined the recordings (he played the ‘Harmless Bug’ whining guitar ending). Like he was the fifth member of the band. But I know bands very often say stuff like that about their producers. It's like the Stockholm syndrome :)

It was very chaotic, but also productive. Some arrangements were born at the time of recording.

Magda: Writing songs was spontaneous as usual. When we had the time to play, Paweł was bringing guitar parts and we were building sounds around them. We had some songs ready and some sketches before we've decided to record and got the deadline from our label. After that everything was happening very fast. The recording process was dynamic. Everything was going smoothly, which allowed us to enjoy it. Piotr is a ‘first take, best take’ believer, so we didn't overworked the material. We've embraced imperfection and allowed mistakes to happen, and I think it made the sound more natural and true. 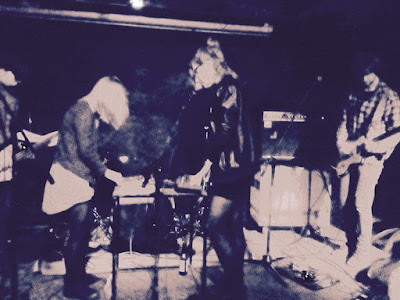 Q. What are the main differences between ‘Mosses’ and ‘Hang’?
Magda: We all know each other better now. Since Hang was released, we've became very good friends. On Hang there were four separate hearts. On ‘Mosses’ there's one heart, consisting of four parts.

Paweł: Mosses have simpler and ‘to the point’ artwork.

I gave a chance to my vocal skills and dared to sing some of my lyrics (I skipped that part on ‘Hang’). Bibi’s keys play bigger role on ‘Mosses’, like in the opening ‘Storage Effect’. She's now using more effects on her baby Casio keyboard which resulted in bigger sound distortion and bigger sound in general.

Q. What were the influences for creating ‘Mosses’?
Paweł: Black metal, winter, Den Drones attic, beer, locations around the Warsaw airport, skatebording trips to gas station for more beer, in winter. I read the entire ‘Dune: Chronicles’ by Frank Herbert back then.

Magda: For me, the basic influence is the need to let the demons out and make them play.

Q. What are your plans for 2016?
Paweł: I'm not a planning mastermind. Playing some gigs, I guess.

Maybe making a video for one of ours songs. It depends on the feedback we get.

Magda: We all work, so everyday life will be happening. Between that, as a band, we'll be doing the same things we were doing so far - hanging out, writing new songs, playing gigs, going to other bands gigs, being nice to each other, drinking vodka and waiting for our government to fall.
*
*
*
Thanks