Epilepsy Bus Ride with Control of The Going - An Interview 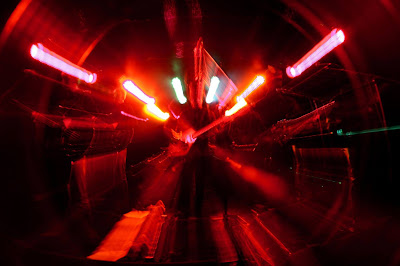 Q. When did Control Of The Going start? Tell us about the history...
What would become Control Of The Going began around three years ago when myself, Matt Byrne, Alex Reid and Minesh Mistry were drinking in cocktail bar in Manchester. We decided that in our spare time we should form a band and see what happens. We had a very basic knowledge of how to play instruments but we did have some ideas musically. Later, my brother Ashley Hart joined the band and at this point we began to drift towards psychedelia and rock music. We began to reinterpret the music that we loved, and ended up creating something that we wanted to hear. Just before our first gig at famous Night and Day Café in Manchester, July last year, Tom Sillitoe joined us on bass and for a while this lineup was relatively stable. We had some issues in the drumming department, so this week we took the very difficult decision to replace our friend and drummer Alex with our second guitar player Matt, who coincidently is a drummer too. So, as of right now. Control Of The Going is a five piece, however, we have plans to return back to a six piece. The reason behind this is that we all share the same belief that a six piece can create a wall of sound which is balanced and can be distinguished individually. Metaphorically, each brick of the wall can be taken out and admired, discovering a new part of the wall upon listening a second and third time.

Q: Who are your influences?
While we listen to a great deal of music, over many different genre's, there is a few bands which stand out as to having a large impact on our development. The number one influence is the fantastic Brian Jonestown Massacre. We all share a love for this band who are always one step ahead of everyone else. Anton Newcome and the rest of the BJM have a very special place in our hearts. Alongside the Brian Jonestown Massacre, we also love the likes of Allah-Las, who we had the pleasure of meeting last year, Rodriguez, who until recently was an undiscovered gem and the Kinks to some extent too. Ashley is a huge fan of the Kinks, ironically their band consisted of two brothers also. We share that here, sometimes things are tense, most of the time, things are great.

Q. Make a list of 5 albums of all time…
Personally I would select the following, but I know the rest of the band would select very different things, as we all have different tastes. 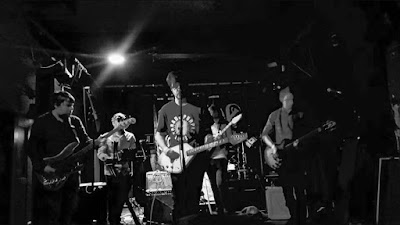 Q. How do you feel playing live?
Although we're all really new to this, we're not even a year old yet, we love it. Tom and Matt have both been in other bands but this is my first band and it is also the first band of Minesh and Ashley too, therefore its been a learning curve at times, but an extremely fun one. The feeling of playing live in front of a crowd of people is amazing, its like no other feeling, its surreal sometimes. Sometimes I sing with my eyes closed and feel the music, when I open them and see people dancing, having a good time, even throwing their underwear at us, it makes me really happy. It flatters me that people enjoy our creations, we are always very grateful but I would like to take this opportunity just to thank everyone who comes to watch us and listens to our music. Its tough out there, you guys keep us going, thank you!

Q. How do you describe Control Of The Going sounds?
Essentially we would describe it as a 60's R&B rhythm with an early 70's metal which drives the leads, tinted with a slight haze. Essentially, a reinterpretation of the past and what we grew up listening to.

Q: Tell us about the process of recording the songs ?
So far we have recorded two demo's: Wild Flower and Epilepsy Bus Ride. Essentially we recorded these to show off what we can do when we were completely unknown. The process with these involved an extensive writing process which differs from track to track. For example one of our well known tracks, The Message was initially a concept developed by myself while I was playing scales on my acoustic. Once I had the riff stuck in my head, I set about laying some other instruments over it, but to do that, the rest of the lads had to help out. Ashley and Matt chipped in with the development of the rhythm and once we had that all established, I then wrote the lyrics. The first line, "deafened by the noise, but not the message" came from a track I was listening to on Pol Pot's Pleasure Penthouse which was essentially a white noise introduction and it nearly deafened me, but I understood right away what the band was doing, hence the line. The rest of the song built on this theme within life itself. The song became a journey in essence. Once we were happy with this, we recorded it alongside If Only and Reflection at Silver Linings Studios in Denton, where we live.

Q. Which new bands do you recommend?
There's a lot of new bands in Manchester and the UK. We would collectively recommend our very good friends and sometime collaborators Purple Heart Parade, The Watchmakers, who we are also pretty pally with, Hey Bulldog, who share the practice room opposite to us, and finally Black Market Karma and Velvet Morning who we had the pleasure of meeting this last weekend at Cosmosis. Overseas, I would recommend Morningface, don't even think about it, just check them out right now.

Q: Which band would you love to made a cover version of?
We're actually looking at covering one of our favourite songs by Spaceman 3, a track called I Love You. Its one of our favourite songs and we used to play it before we went out when we were younger, lots of happy memories of this song. We've also talked about possibly covering some Joy Division tracks, as we have drawn this comparison many times in our first 6 months. Although we love Joy Division, we chose to stick to original tracks. We have never covered a track from another band ever, but I Love You is such a good track that we will most likely make an exception for it. We would also consider playing any Brian Jonestown Massacre track because they're all pretty good lets face it.


Q: What are your plans for the future?
The immediate plans are to get as involved as possible in the festival season, we're down to play Rising for Astral Elevator in Manchester so far, but we have a few secret ones on the horizon that we can hopefully wrap up in the coming weeks. We're also working on a new EP which we are looking at releasing later in the year. Long term plans, were hoping to keep growing, writing and playing as much as we can. We have a growing fan base and we cant wait to reach more people with our sound, we don't know what the future holds but if it is anything like our first year, its going to be great!

Q: Any parting words?
We're playing a huge gig on the 25th March at the Royal Oak in Chorlton-Cum-Hardy, its free entry and we would love it if we could get a good bunch of people down there, we might be giving away some free merch too as an extra incentive! After that we're having a break for a couple of months and then back on the 7th May at Gullivers in Manchester!
*
*
*
Thanks