Truths with Foliage - An Interview 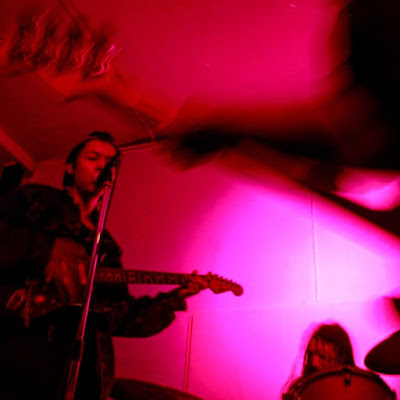 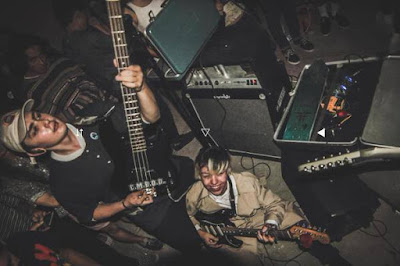 Q. When did Foliage start? Tell us about the history...
Well let's see. Foliage. A project I started a little before my 16th birthday. Wrote some songs on an old Casio keyboard (URL & Coma) and eventually ended up getting a guitar for my 16th birthday. I wrote some songs at home for about a year and eventually it became an album, 'Truths'. Foliage, technically, started around late February of last year (2015). During the process of writing my album, I had a feeling the project was going to take off due to the huge love for the few singles I had released prior to the album. I decided that I'd love to play these songs live so I gathered a live band together with one of my best friends (Alex Lara, Group Photos) being the first choice. With Alex as a solid member of the live band, he helped me find a proper bassist and drummer as well. Here is the band, a year later. Truths had done successfully, released about a week before my 17th birthday and am now 18 years old (just turned 18 yesterday, April 3rd, 2016). A lot has changed since then.

Q: Who are your influences?
My influences vary, although i'll say the easiest to hear is very early My Bloody Valentine in their jangle pop era as well as The Smiths and The Cure. I was raised on The Smiths and The Cure actually. As I grew older, I got into a lot of indie rock, which is when I actually picked up guitar for the first time. One of the first bands that got me really into playing guitar, kind of a guilty pleasure, was Two Door Cinema Club. I got really into catchy guitars in indie rock. Later I somehow ended up back in my roots, expanding deeper into jangle and dream pop and falling into the world of shoegaze and post-punk. The Jesus and Mary Chain, MBV, Slowdive, also modern shit like DIIV, Beach Fossils, Ducktails, etc.

My Bloody Valentine's 'Loveless'
The Smiths' self titled record.
Craft Spells' 'Idle Labor' (The album that actually really got me to start this project as well as Joy Division's 'Unknown Pleasures')
Ducktails 'St. Catherine'
and

Q. How do you feel playing live?
I love playing live. Much more preferred to the record. 'Truths' is very dull in my honest opinion. Nice catchy pop songs but with the typical dream pop shit that's been done a thousand times. Our live shows are always great. High energy (good energy as well) and a lot more dynamic. I've actually spent the last year writing a new record. It's finished, should be out this year. The new record is a lot better. I hope to really change the game with this one. It's a lot different in sonically and in sound. I'd love to give away some hints but I'll wait for all to hear.

Q. How do you describe Foliage sounds?
I can't really describe Foliage's sound for myself. 'Truths' is definitely some DIIV but with Morrissey's vocals on there with a little bit of The Drums or something. This new record is something new and fresh that I haven't really heard much in the dream pop and shoegaze genre. In fact, it's probably not even that anymore. It's new, it's lush, it's beautiful.

Q: Tell us about the process of recording the songs ?
'Truths' was done all direct in to the computer. The heavily reverberated vocals as well as guitars, drums, and you know, EVERYTHING ELSE. I sat in my garage, just recording the demos for this album for about a year straight. I think I wrote a good 25-30 songs for it before I came down to the final 10. Ended up recording the final product in my garage, re-doing those demos and mastering them. Very simple pop structure and all very similar. It flowed well but it had been done so many times. Sure it has it's own unique flavor, but sonically, it's been done over and over again. This new record is recorded, alone and in my garage again as I prefer this band to stay a solo project, but this time with some new essences. I really wanted to capture the exact and real tones of the guitar and drums as well as changing the sound and doing something new. The guitars this time were plugged into an amp and mic'd. There's a real bass now so you can actually feel that low end coming in. I ditched the drum machine and recorded a live kit. As you can imagine, my garage space is very cramped, running across to each instrument, switching constantly. The vocals on this record are clean and beautiful with hardly any reverb. The harmonies ring out along with the lush guitar pieces that aren't as muddy anymore but this time prettier and more interesting. Everything is just a lot more open and clear. Everything is apparent.

Q. Which new bands do you recommend?
I really like Jade TV, I think we came around at the same time (about last year) but damn this dude is good. I like High Sunn too. Caterwaul are a new local fav of mine. We're going on tour together actually.

Q: Which band would you love to made a cover version of?
I don't really do covers, I've done covers of a few local bands just to help introduce people to these bands (LSTS, Joos, The Red Pears) but with that Foliage sound and flavor. If I were going to do a cover though maybe i'll cover 'Blurred Tonight' by Blank Dogs or something.

Q: What are your plans for the future?
This Summer, I hope to have my record out. Lot of dates planned, tour this Summer. Should be good.

Q: Any parting words?
I really hope you guys enjoy the new record. It's really going to change the game, I can feel it. Much love to all of the support and the quick amount of success. I thank you.
*
*
*
Thanks