Save The Drama with Light FM - An Interview 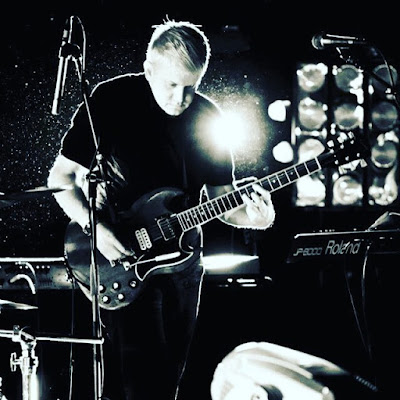 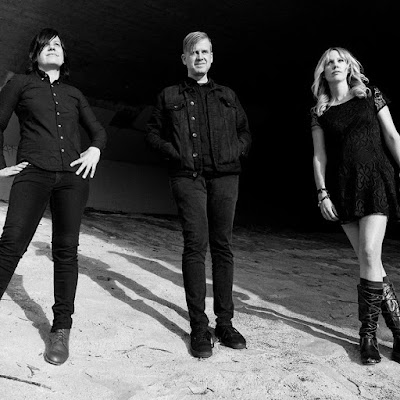 Q. When did light fm start? Tell us about the history...
A. Light FM started in the fall of 1999 in Chicago after my previous band Motorhome had broken up. It was an outlet for my home recordings but then eventually became a band. We released our debut record, "This is The Beginning of My Golden Age" in 2004. I moved to Los Angeles in the summer of 2005 where I recruited a new line-up. I've been the only constant in the band. We've toured opening for The Smashing Pumpkins and The Jesus and Mary Chain. We've opened for the National, Ra Ra Riot, The Neighborhood, and many more. We've released 5 full length records and 2 EPs including our most recent, "Pointless" EP. Currently our line-up consists of Nicki Nevlin on bass and Alexa Brinkschulte on drums and myself on guitar and lead vocal.

Q: Who are your influences?
A: I'm a big Grandaddy fan. I love 80's new wave, The Cars, Devo, New Order, The Cure, etc. I also really like bands like Diiv, Sunflower Bean, and Beach House.

Q. Make a list of 5 albums of all time…
A: 1.Grandaddy: Sophtware Slump
2. Mew: And The Glass Handed Kites
3. Radiohead: Ok Computer
4. Beatles: Revolver
5. David Bowie: The Man Who Sold the World

Q. How do you feel playing live?
A: We love playing live!! We did a European tour last year and love to travel!! Would love to play Brazil!!!

Q. How do you describe light fm sounds?
A: I feel like our music is a hybrid of 80's new wave and 90's brit pop/ shoegaze? Not to pigeonhole ourselves but I felt like we were a good match with the Smashing Pumpkins when we toured with them.


Q: Tell us about the process of recording the songs ?
A: I record bands for a living at my studio. It's called The Cave Studio in Los Angeles. I usually end up demoing songs and the demos end up being the final product. I like to program soft synths and analog synths. I also like to program drum machines with real drums. The songs are usually pretty dense with a lot of tracks!

Q. Which new bands do you recommend?
A: LA has a great music scene. Modern Time Machines, Wilding, Tennis System, The Big Gone, The Cold and Lovely, Wolf Prize, Sound is Lovv, Correatown, are all great!!

Q: Which band would you love to made a cover version of?
A: I have a very particular vocal range but I'd love to cover INXS or some serious 80's jams like Fine Young Cannibals or Wang Chung?

Q: What are your plans for the future?
A: We have a new full length we've been working on that's almost complete. We'd like to release it and focus on building our fanbase in other parts of the world. Particularly, Germany. Our drummer is from there and we love it there!!!!

Q: Any parting words?
A: To all the young musicians: Don't let others tell you you're not good enough. If you are passionate about music you should pursue it. Even if it doesn't bring you a single penny. It's worth pursuing!! You are worth it!!!
*
*
*
Thanks