Day​.​Night​.​Life with Secret Sight - An Interview 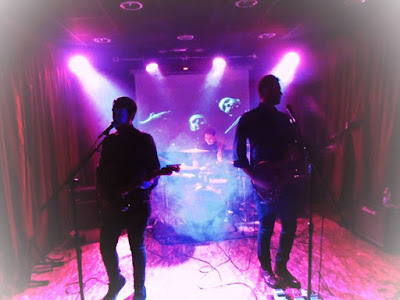 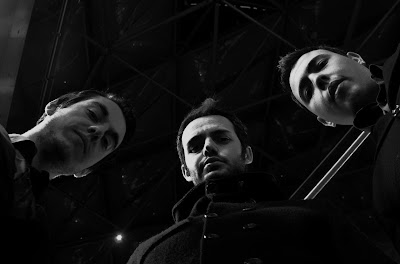 Q1. When did Secret Sight started? Tell us about the history...
Hi Renato! Secret Sight were born in early 2014, after our first band Coldwave was disbanded. We were motivated to carry on the old project and produce the music that we liked.

Q2: Who are your influences?
We grew up listening to bands such as Echo And The Bunnymen, Psychedelic Furs, Siouxsie and The Banshees, Joy Division, Bauhaus, Ultravox, Editors, The Cure and many others. These are our "classic" influences, but we also like other kinds of styles and artists. Currently we really appreciate contemporary bands such as Motorama, Soviet Soviet, The Soft Moon, DIIV, Savages and Wild Nothing.

Q3. How do you feel playing live?
It's a deep sensation and it's not quite easy to describe it with words. Anyway, every time that we play a gig we feel alive and totally captured by the music.

Q4. How do you describe Secret Sight sounds?
Our sound is basically intimate and dark, a true reflection of our souls. It's also decadent and romantic, especially for what concerns the lyrics. Writing songs is exactly like communicating to people: music must express our feelings.


Q5: Tell us about the process of recording the songs?
Our first album, "Day.Night.Life", has been recorded very fast. Firstly we wrote some songs between 2013 and 2014, then, after having decided all the arrangements, we went to the studio to record the album. It took us a very short time to produce it.

Q7: Which band would you love to made a cover version of?
Kraftwerk - The Model

Echo And the Bunnymen – The Back Of Love

Q8: What are your plans for the future?
We are writing songs for the new record, that hopefully will be out in late 2016. There will be some big changes in our sound but our vision of music has not changed. We're very satisfied with the new material. Hope you like it!

Q9: Any parting words?
Thank you for the pleasant interview. Support “The Blog That Celebrates ItSelf”!!