Heaven´s Gate with Sleepwalk - An Interview 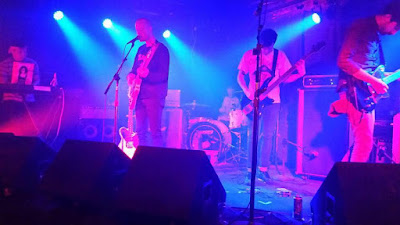 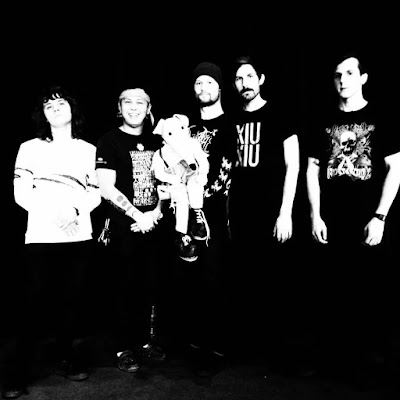 Q. When did Sleepwalk start? Tell us about the history...
I will first start by introducing the members so the rest makes sense: Ryan Davis – Vocals/Guitar, Dave Jedlecki – Bass, Steve Burton – Drums, Alex Cegielski – Guitar, Dave Gabriel – Keys. The band technically started off about 3 years ago with just Ryan, Steve, and Dave J. Originally, we were going to be called Heaven’s Gate and our intention was to be a post black metal band in the veins of Lantlos, Heretoir, etc. We wrote a few songs in the style, and even had a friend try vocals, but Ryan wasn’t too happy with his material and decided to try something different, which led to a more black-gaze style. The same thing happened again, and this led to the more traditional shoegaze style we have now. Actually, the song Hemlock was originally written as a blackgaze song, which explains why it is so dark compared to the other material. Also, the name Heaven’s Gate was already taken, so eventually we settled with Sleepwalk.

Q: Who are your influences?
Ryan: Billy Corgan

Dave G.: Anyone who excels at melody, mood, and texture.

Dave J.: Geezer Butler for having the best bass tone of all time. Alex: I aim to make my guitar parts very textural. So I would say I draw from bands like eluvium or bands like my bloody valentine that have very processed, effects oriented guitar work. In general I like a lot of twinkly, sad emo sounding stuff too and I think that definitely creeps in when writing guitar parts.


Q. How do you feel playing live?
I (Ryan) was deathly afraid of playing live. I am originally a drummer, and started guitar when I was 15 to write black metal songs. I never tried actually singing until we formed this band, and even then I didn’t have the confidence and signed up for vocal lessons. I was only in them for a couple months, but they gave me the foundation I needed to be able to move forward if I wanted to ever sing live. I believe there is a very noticeable difference in the singing between the newer 3 tracks (first 3 off of Heaven’s Gate) and the older 2 (last 2 on Heaven’s Gate). Our first show went better than expected, and each show went better after that. We only had 2 shows booked, but after we released Heaven’s Gate, we got offered two shows, one of which was opening for Ringo Deathstarr. It’s crazy to us that our fourth show ever (and my fourth time ever singing live) was with Ringo Deathstarr!

Q. How do you describe Sleepwalk sounds?
I would say the dense production and guitar tones of Smashing Pumpkins meets the whispery vocals of MBV with the pop of late 80s/early 90s shoegaze.

Q: Tell us about the process of recording the songs ?
We have only recorded two sessions so far. On the first one we tracked bass and drums live first, and on the second just drums first. Then we add the instrumentals, overdubs, auxiliary instruments, and vocals. In the newer recordings a lot of time was spent on vocals and layering. During the last chorus of “The Morning After I Killed Myself”, there is something like 14 vocals tracks going on at once!

Q. Which new bands do you recommend?
There are a lot out there, but we decided this would be a good opportunity for our members to mention the other bands they are involved with:

Ryan/Alex are in Forfeit[https://forfeitchicago.bandcamp.com/], which combines early 90s emo with sludge, shoegaze, and post-rock influence.

Q: Which band would you love to made a cover version of?
We were actually considering covering “Movies” by Alien Ant Farm or “If It Makes You Happy” by Sheryl Crow, but in actuality we don’t have the time to spend on covers, so unfortunately we probably won’t ever get to do either of those.

Q: What are your plans for the future?
We currently have studio time booked for the end of June into the first week of July. We are spending tons of time working on these songs (including putting off any shows until after we finish), and we are giving ourselves a lot of studio time so that we can really put 100% into these recordings. If you liked anything you have heard of us, then look for around July/August for the next release, because it’s really going to be so much better in every way: better songs, better writing, better recordings, everything. I think we have really honed in to our own, unique sound this time around and feel really confident about the upcoming release.

Q: Any parting words?
Thank you so much for the time and anybody for reading! If you have liked anything you have heard of ours, please follow us on Facebook: https://www.facebook.com/Sleepwalk-1679776672238007/?fref=ts. That is really the only place to get any up-to-date information on us!
*
*
*
Thanks