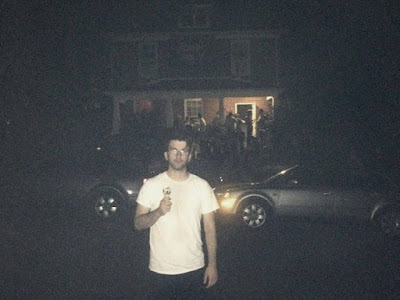 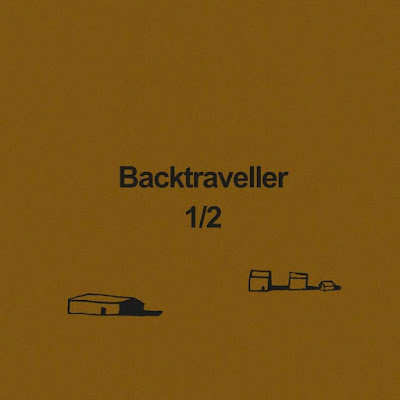 Q. When did Backtraveller start? Tell us about the history...
So Backtraveller is just me, Will Mullany. So I guess I started on July 8, 1993, when I was born. Backtraveller itself is just the name that I am using to publish these songs that I am recording under. The name "Backtraveller" came about on New Years a few years ago when I was in....a certain state, and was pushing myself around on my back. Back Travelling. Backtraveller.

Q: Who are your influences?
Whoever I am trying to copy at the time. No but really. A lot of the songs on this last release harken back to classic 90's/late 80's indie rock like Pavement, Dinosaur Jr, Sonic Youth and some shoegaze thrown in there, but I really listen to all sorts of stuff. Experimental ambient artists like Tim Hecker definitely play a role in the sort of sounds that I am interested in recreating/creating. It's all just a cycle of phases that end up overlapping and making a big ol' mess of influence that doesn't make any sense.

Q. Make a list of 5 albums of all time…
Ugh, painful. Instead of trying to say my favs, lets say 5 albums I liked a lot while recording this:

Q. How do you feel playing live?
I have literally never played these songs live. I don't really have a band with which to do that. It would be cool though!

Q. How do you describe Backtraveller sounds?
Noisy, reverberant. Too many layers.


Q: Tell us about the process of recording the songs?
For this record, I played all the instruments myself and did all of the mixing. I had never really recorded drums, so that was pretty fun to learn how to mic them. I didn't do a very good job, as you can probably tell.

It starts out really fun and exciting and then as the song coheres, I inevitably find more and more and more things wrong with it and I keep tweaking until it is in a place where I just have to give up and say it's done. Who was it that said "there's no finished art, just abandoned art"? That's how I feel about the whole thing.

Q. Which new bands do you recommend?
I've been very inspired recently by the late wave of weirdo songwriters in the vein of Alex G, Spencer Radcliffe, Palm, etc. Vaadat Charigim is great.

Q: Which band would you love to made a cover version of?
I've been trying to record a slow-core-ish version of Modern English's "Melt With You" but it isn't really going anywhere.

Q: What are your plans for the future?
Finish school, live for a little bit. Keep making music. Rinse, repeat.

Q: Any parting words?
"You never have leftover Doritoes. You only have more Doritoes" - Sam Mullany
*
*
*
Thanks