Jokes To Tell with Segrasso - An Interview 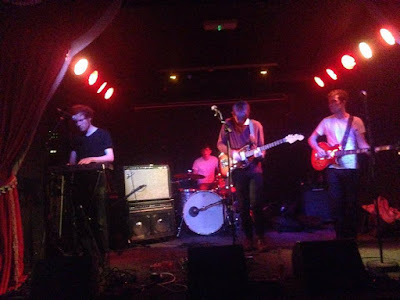 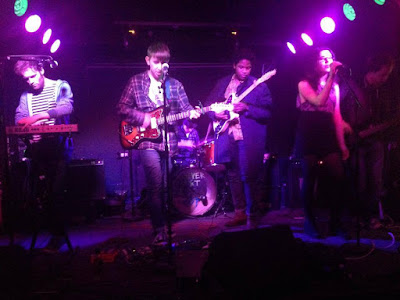 Q. When did Segrasso start? Tell us about the history...
1. Segrasso actually began as a joke. Our friend was putting on a gig and needed a couple of bands to play, so I said I'd do it and quickly got a group together. I had been in a few other bands before so I knew plenty of musicians. We were only supposed to play this one gig, where all we did were covers of The White Stripes. We had a lot of fun doing it, though, so we decided to keep going. This was about four years ago. Since then we've had an enormous turnover in members. It's just myself and Hugh, the keyboard player left from the original line up. We've released two EPs and our third one is coming out this week.

Q: Who are your influences?
2. I'm probably most heavily influenced by an Irish band called The Frames. I used to go to their gigs as a kid, and it's definitely what made me want to play. I went through a phase of two or three years where I wouldn't listen to anything else. I'm influenced by a lot of other stuff too, like Pixies, The Smiths, Leonard Cohen, but when it comes to writing songs, I see more of the Frames in my work than any other single artist.
Hugh listens to more experimental music, and kind of makes the songs a bit more interesting when he adds his keyboard parts.

Q. Make a list of 5 albuns of all time…
3. In no particular order:
The Wedding Present - Bizarro
The White Stripes - White Blood Cells
The Frames - Fitzcarraldo
Ida Maria - Fortress Round my Heart
The National - High Violet

These aren't really my favourite albums "of all time". They're just five albums I love that came to mind. If I were to list my all time favourites, I'd have to put Nirvana, The Smiths, Dylan etc. down, which I imagine wouldn't be too interesting to read, as they'd be fairly obvious choices.

Q. How do you feel playing live?
4. Playing live is my favourite thing to do. There's not really any comparable feeling. When there's a responsive crowd there, and a bit of an atmosphere, we always have a great time. It's awesome. On the other hand, sometimes gigs can go badly, and that can be a pretty crappy experience for everyone involved.


Q. How do you describe Segrasso sounds?
5. Our sound has always been described as shoegaze, or dream pop. I think it's because our first EP was largely inspired by My Bloody Valentine and some other bands like that, so we played that kind of stuff for a while. Lately though our music might be better categorised as "noise pop" or something. The songs are shorter, more melody-driven, and more energetic. There's also a synth-based song on the new EP that's pretty different to anything we've done before.

Q: Tell us about the process of recording the songs ?
6. We recorded the songs with our friend Chris. He has a cool little studio here in Dublin. I just had a few new songs written, so we went in and got it all done really fast actually. We started recording in January, and the EP is now being released at the end of March. It was cool for us because Chris is very easy to work with, and we didn't have to spend ages in the production stage, which can often happen with recording, so we were lucky.

Q. Which new bands do you recommend?
7. There's a really good band here called No Monster Club. It's lo-fi stuff, very catchy songs, and just generally a lot of fun. There are actually quite a few exciting acts in Dublin at the moment: Myles Manley, Nervvs, Slouch, Cat Palace, Tandem Felix, just to name a few. Girl Band have been doing extraordinarily well too, so it's very encouraging to see such alternative bands get any degree of recognition.

Q: Which band would you love to made a cover version of?
8. I like trying to do covers of music that's very different to our own. On the new EP there is a cover version of a song by The Knife, who are a Swedish electronica group, so it was a lot of fun arranging that song, which is mostly played with drum machines and synthesizers, for a rock band with live instruments. As to what I'd like to cover next, I'm not sure. Maybe some Tchaikovsky.

Q: What are your plans for the future?
9. As I may have mentioned once or twice, we have a new EP coming out this week, so keep an eye out for that. It's called 'Jokes to Tell', and it'll be available on our bandcamp page.
On the back of that, we're aiming to do some gigs over the summer in Ireland and the UK. Hopefully some festival shows.
*
*
*
Thanks