Heart Stars with Purplespace - An Interview 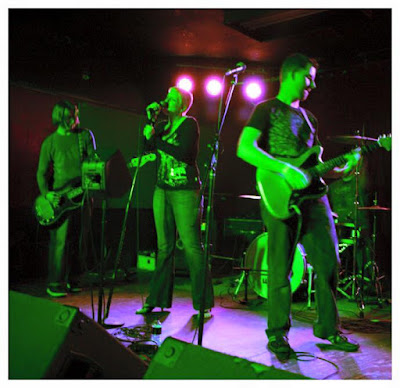 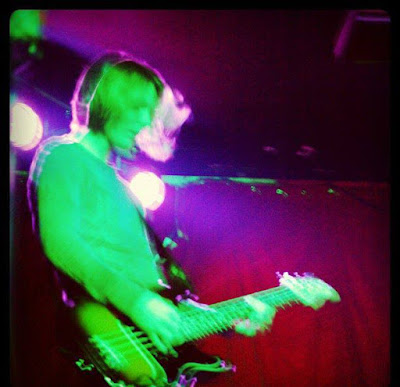 Q. When did Purplespace start? Tell us about the history...
All answers were given by John Hashtak. Purplespace band members: Reed Clendenen - Bass Jim Singleton - Drums, Synth Tara Golden - Vocals John Hashtak - Guitar, Synth, Vocals Kate Brightly - Vocals The first Purplespace album was published in 2007, but the friendships, bandmates and groundwork was formed back in 2001.

After a nice run as the band named, "Starring Me", songwriter John Hashtak told his bandmates (Reed, Tara, and Jim) that he needed to expand beyond doing local shows in Jacksonville, Florida. It was becoming boring to play songs hundreds of times preparing for shows or for recording an album. It got too mundane. So, John bought his own recording equipment by maxing out his first credit card and set to work late at night on all the ideas that were floating in his head. He would record songs spontaneously, without much or any planning at all. He would just record something with a keyboard or guitar and see what pours out. Other tracks were added and layered one by one. Then, he'd bring these songs to his Starring Me bandmates and ask them to add their unique part to them. The end result was a new sound that kept them passionate about music and the creative process. They kept playing live shows as "Starring Me", but this new project started growing legs, gaining momentum from everyone's creative spirit. Eventually, this new side-project of recording spontaneously became their main focus. It eventually became, Purplespace.

Q. Make a list of 5 albuns of all time…
New Order - Low Life,
The Cure - Disintegration,
Prince - Purple Rain,
My Bloody Valentine - Loveless,
The Postal Service - Give Up

Q. How do you feel playing live?
Playing live: We don't really do live shows anymore, but when we did it was nerve racking. The sound never turned out the way we wanted it. There's too many variables that go into a great show such as the sound man, venue, crowd, equipment, and time of day. We were

Shy and scared introverts in the spotlight. It was always felt kind of awkward. We did ok, but we never felt like our best on stage. We don't like it as much as recording new music in the studio.


Q. How do you describe Purplespace sounds?
The "Purplespace sound".... Could be described as moody and melodic. We don't stay with one type of sound. We love discovering new instruments to use and ways to record. Genre: Adult Alternative, Dream Pop, Shoegaze, Space Rock, Indie Pop

Q: Which band would you love to made a cover version of?
Pretty in Pink by the Psychedelic Furs.

Q: What are your plans for the future?
To keep recording 1 album per year until we die, or to hit 1,000 songs, which ever comes first.

Q: Any parting words?
We appreciate your passion for music and writing. You have made a new friend and fan of your blog. Thank you!
*
*
*
Thanks